Buster, a one-year-old Yellow Lab, was rescued from a neglected home, just in time. Rescuers rushed in to help when Buster was found with a mouth so swollen he could not eat or drink.

Southern Colorado Animal Rescue came to the rescue of Buster after his previous owner nearly killed him. A rescue team arrived to transport Buster back to the shelter. However, when they arrived his mouth was so swollen that they knew they needed to get to a vet immediately. On the way to the vet, the former owner texted the driver and said that he may have one quill left in his mouth from the previous week. 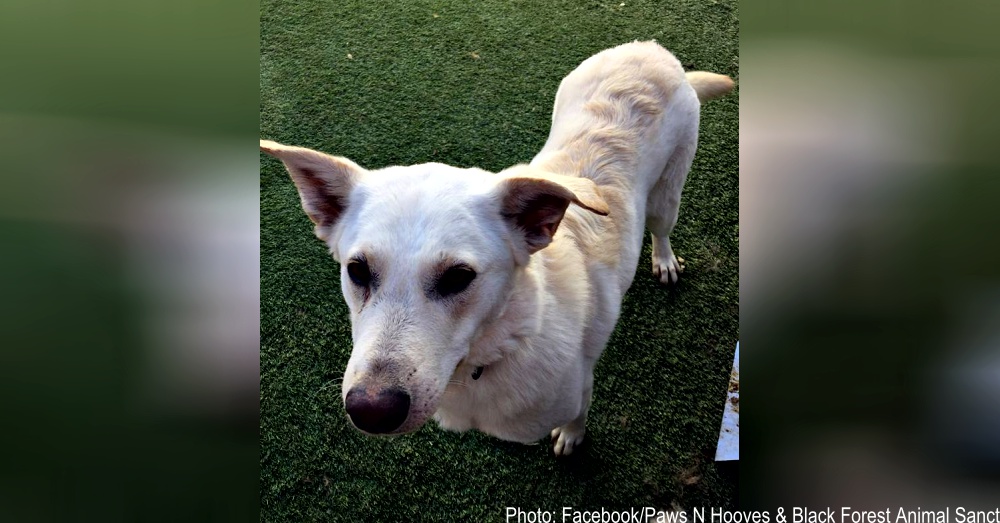 Buster went under anesthesia, so the vet could get a better look at what was causing the swelling. A shocked vet reported he removed over 30 porcupine quills from his mouth, tongue and throat. He would have died if he wasn’t rescued and treated.

The young pup sprung back quickly. His playful and obedient personality shined through. After being evaluated by several trainers, Buster was enrolled to be a service dog. He learned task quickly and his friendly demeanor made him a perfect fit. Buster was adopted by a loving family, and will be a licensed physical assistance service dog after completing more training.

A happy ending to a possible deadly beginning. This sweet dog will now enhance many other lives. Souther Colorado Animal Rescue thanks GreaterGood.org’s Rescue Bank program for providing food, which allowed them to use the money saved on treatment for Buster. “We are the only all animal and all volunteer run rescue we know of in Colorado. We exist only on volunteer hours and donations. Without donations of GreaterGood.org’s Rescue Bank food, we wouldn’t be able to help dogs due to the expenses of feed and our overwhelming, unexpected vet bills.”