Charles Huggins was leaving his gym in Las Vegas when something caught his attention in one of the vehicles in the parking lot.

Las Vegas was under an excessive heat warning with temperatures remaining in the 90’s after the sun went down. Huggins could not believe his eyes when he saw an English Bulldog locked in one of the cars in the gym parking lot. All of the windows were up and the dog was panting heavily.

Huggins quickly returned to the gym and asked them to make an announcement over the loud speakers about the dog. When no one came forward, Huggins returned to the parking lot to check on the dog. 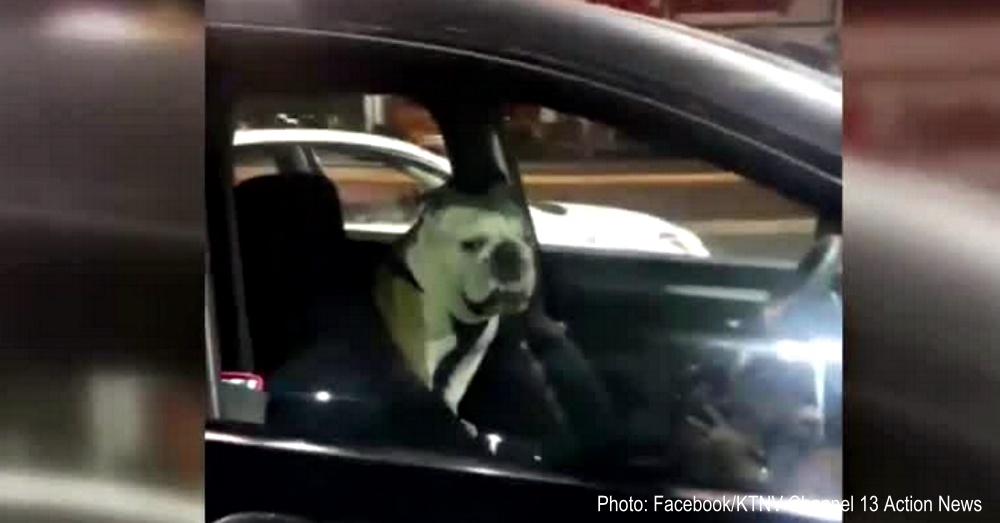 He called the emergency number twice and gave them the license plate of the vehicle. After he waited as long as he felt possible, he took the law into his own hands.

At first he was unsure what to do so he recorded the incident on Facebook live. He quickly realized he had to save the dog, no matter what.

In Nevada the law states that you cannot brake a window in a vehicle to rescue an animal, but you can for a child. Only animal control or first responders are allowed to smash a window in the state. This needs to change.

Huggins tells KTNV Channel 13 Action News, “I waited long enough and I didn’t want to wait any longer cause I saw the dog was actually….when I went back to the car….he was laying on his side.” He finds a piece of asphalt by the dumpster and uses it to smash in the back window of the vehicle.

He proceeds to check on the dog and offer him some water. The dog seemed to be ok. Suddenly, the owner of the dog comes out of the gym and jumps in his car. He takes off before the police arrive. Thankfully, Huggins already reported the license plate to the police.

This is a reminder to everyone, no matter where you live to not leave your pets in the hot car. Even with the windows cracked it is too hot for them. The inside of a car in the summer can turn lethal in minutes for pets. Leave them at home in the air conditioning.