There’s no changing the course of nature. That hard fact is no more exemplified than in the case of the English Bulldog.

According to a team of researchers at the University of California, Davis, five centuries of controlled inbreeding have restricted the gene pool to a point where health problems are unavoidable. This was the first time DNA data was used to analyze the health of the breed, rather than pedigree certification records.

“We were taken back by how little ‘wiggle room’ still exists in the breed for making additional genetic changes,” said Niels Pedersen lead author of the study on the English Bulldog and distinguished professor at the UC Davis School of Veterinary Medicine’s Center for Companion Animal Health.

Canine Genetics and Epidemiology published Pedersen’s report, describing the history of the English Bulldog breed along with the insurmountable challenges they now face because of breeding practices. 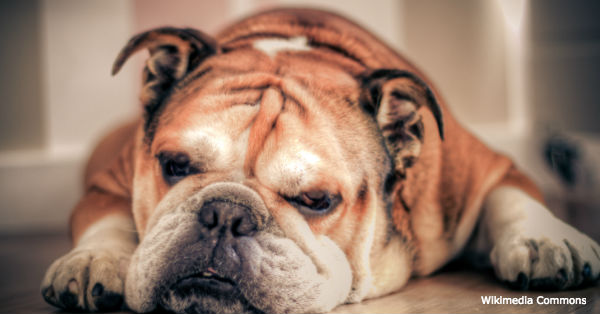 The Bulldog was first mentioned in 1632, taking its name from the much older sport of bull baiting, which the dogs were forced to participate in. Bull baiting dogs were trained to attack their opponent’s snout and bring it to the ground. An English Bulldog, with its flat face, had an advantage over dogs with longer noses. For the next 500 years, humans would seek to model other traits into the breed, including power, weight, and aggressiveness.

Bull baiting was outlawed in the UK in 1835, and English Bulldogs all but disappeared as the breed fell out of favor.

“The Bulldog endured by the efforts of a small group of aficionados and the breed underwent even more change in size and temperament after 1835 to ultimately make them into the shorter-faced, squatter and more affable companion dog that we know today,” Pedersen wrote. 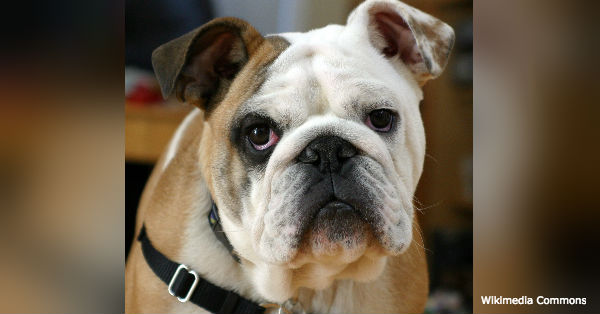 A “small founder population” and “artificial genetic bottlenecks” have served to undermine the health of the breed, even more so than the Standard Poodle, which has a similar breeding history. English Bulldog breeders have been aware of these congenital problems for years but it’s now occurring to them that there is no correcting the disturbing trend.

“We definitely would question whether further attempts to physically diversify the English bulldog, for example, by rapidly introducing new, rare coat colors; making the body smaller and more compact; or adding further wrinkles in the coat; are going to improve the already tenuous genetic diversity of the breed,” Pedersen said. “Health problems of the breed have not decreased its popularity and deviations from the original standard based on changing perceptions of ‘champion form’ have led to even more conformational changes that have further affected breed health.” 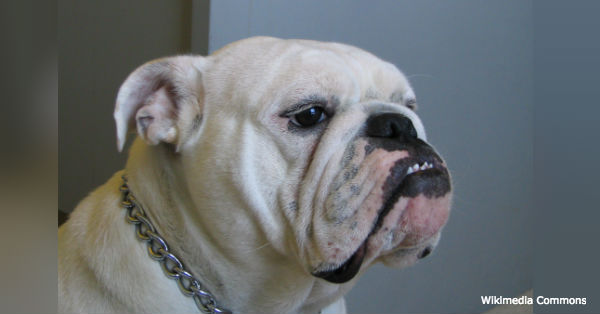 English Bulldogs are Brachycephaletic, meaning they have greatly shortened upper jaws and noses. They are also much more likely to develop ocular disease in the form of eyelid lesions and damage to the outer eye and eyelid tissue and cornea. Without surgery, this condition will plague a bulldog throughout its entire life. Brachycephaletic ocular disease undoubtedly causes pain, and gone untreated it can lead to blindness.

The outlook for the English Bulldog is grim according to Pedersen and his team. Whether or not the breed will survive another 500 years is yet to be seen, but there is no doubt many see the forced reproduction of these animals and the health problems they are destined to incur as cruel and inhumane.

The popularity of thoroughbred dog shows undoubtedly drives breeders to continue populating the world with these animals, despite the physical strain they are destined to suffer. Among the many issues dog shows bring up, controlled breeding is just one. Follow this link to read more about the dark side of this long-running practice.