As new Prime Minister Theresa May prepares to move in to 10 Downing Street, one current resident has plans to stay on in his official capacity. Larry the Cat has served as the chief mouser at this famous home since 2011, when David Cameron’s family rescued him from a shelter. Most government officials see this tabby cat as a civil servant pet instead of a family member of the Cameron family, according to the BBC. 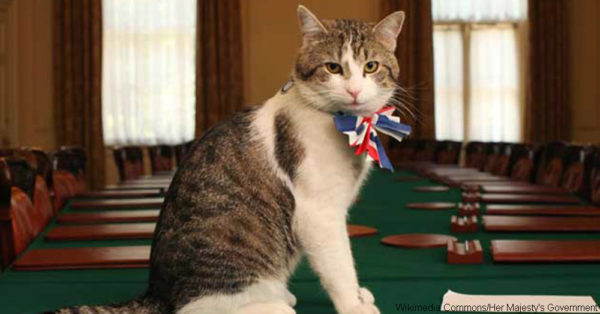 When a large black mouse was seen running past the door of 10 Downing Street on a news feed, Larry the Cat was brought in to get the rodent problem was under control. The cat, born sometime in 2007, was 4 years old at the time of his adoption.

Initial reports of Larry the Cat called his mousing instincts into question, according to NPR. The reports portrayed Larry the Cat as constantly napping while the mice played. 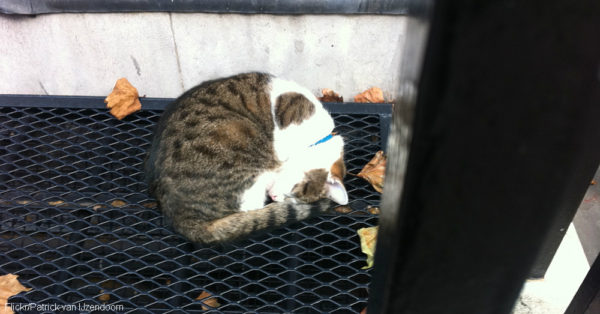 However, David Cameron assured the public that the cat was up to the job and enjoying some kills.

Although this cat has a strong hunting instinct, he displays diplomacy as well, often greeting visitors to 10 Downing Street. This feline enjoys the freedom to roam though out the home and property.

One area resident is immune to Larry’s charm. Palmerston, another mouser cat, came to live at the Foreign Office in the neighborhood. The two get into the occasional tiff over territory.

Larry the Cat isn’t the first cat to tackle the duty of ridding the residence of mice and other pests. Downing Street cats appear in historical records dating as far back as the 1800s. The last cat to hold the chief mouser title was Humphrey, who retired in 1997, according to NBC News.

With all the changes in the United Kingdom, it’s nice to know that at least one political figure remains in his position at 10 Downing Street. For other amazing cat stories, see how cats help Belgium fight terrorism.