Dogs have a way of making our lives complete. When the day comes to say goodbye, it leaves a whole in our hearts. Lena Dunham, writer and actress in the series Girls, took to Instagram to honor her 13-year-old Yorkie, Bowie.

Bowie has just come to live with Dunham three months ago. Before that, she lived with her sister. “After spending a lifetime with my sister @scotlan, her home now contained a baby and another on the way and Bowie’s crotchety old self wouldn’t condone it so she came to live with me,” she posted. 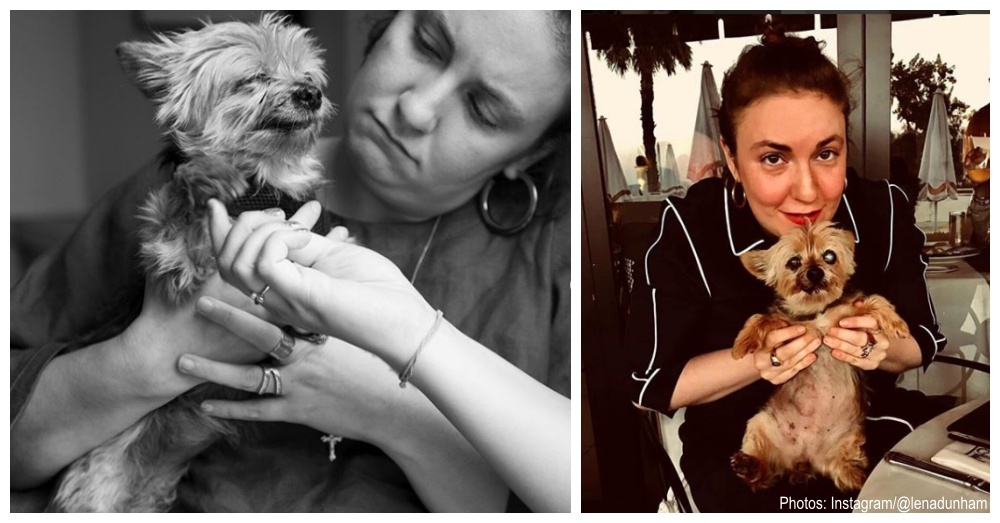 The sweet dog brought Dunham so much love and joy. “As many of you know, in the last 3 months my heart was stolen by an irascible 13 year old Yorkie named Bowie. What started as a tentative guardianship became a full scale obsession.”

The two were inseparable. “We went to brunch and therapy and the set of a TV show and took at least 5 flights across the US. We laid our heads in a few very chic hotel rooms and walked up and down the river a million miles. ” Aside from all the places they went, Bowie helped make Dunham comfortable in her own body.


“She made me feel safe and strong in a sea of change and reminded me that joy needn’t be diminished by a bunch o’ imperfect body parts (she wielded her 3 teeth/3 working legs in style.)”

“Bowie left everyone who saw her, in the street or the airport or the Rite Aid, with a crazy smile.” The adorable dog was a breath of fresh air and made everyone’s day.


Dunham knew that Bowie was a senior, but to her she was just a “sweet baby”. Sadly, her health started to decline. “On August 13th this sweet baby old mama went to her final home. After a weekend of rapid decline, I knew it was time to let her go.”

“I am so lucky to have been her second mom.” To honor her, Dunham posted that she was donating to See Spot Rescued, a dog rescue based in New York, “for dogs who don’t have homes and dogs who need new ones.”