Border Collie Owners of South Australia hosted an event in Willaston Oval to collar a record while raising money for animal charities. 576 border collie dogs attended the record-setting photo. And they beat the record by 73 dogs! Although it is not an official record, since Guinness does not recognize specific breeds, it was a dream come true for the group.

Border collies are one of the most intelligent breeds. This breed thrives on mind stimulation and physical activity, which this event had. It took some planning to get that many dogs in one area. The more anxious dogs were placed on the outer edge while the calm dogs were placed in the middle. The owners finished by making a large circle around the group of dogs.

It was obedience at its finest. Sit. Stay. Smile. 576 border collies posed for the photo without their owners. 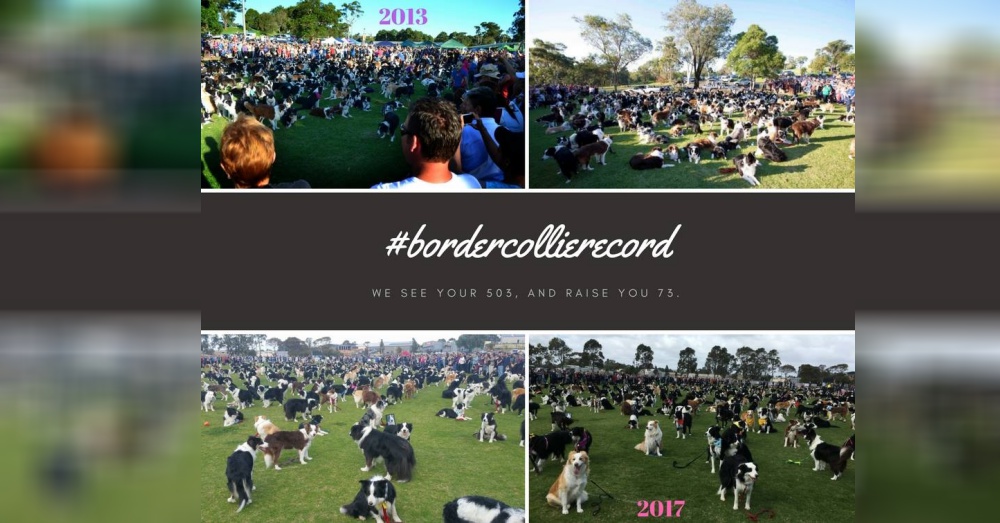 It was a pawsitively good time for all. Everyone was smiling…even the dogs. Raising money for animal charities is definitely something to smile about. 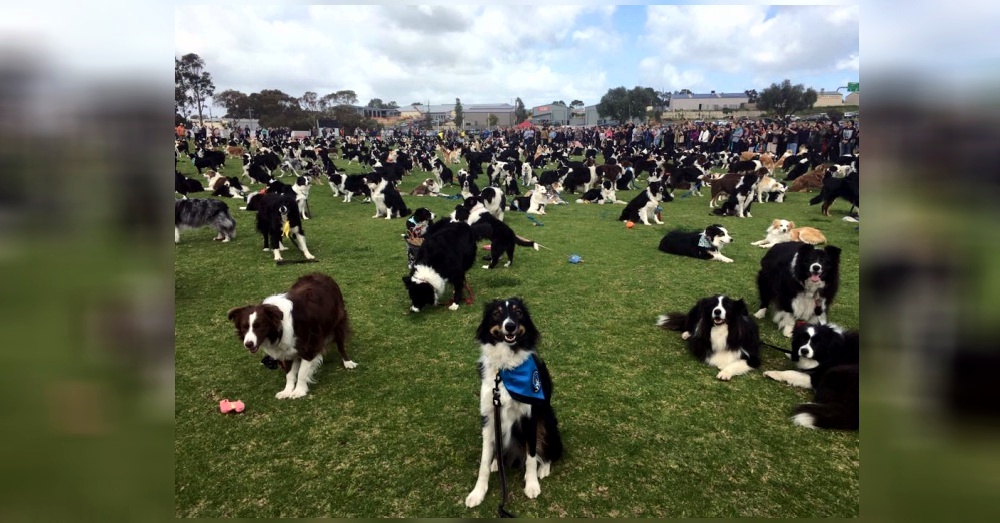 The excitement was infectious and all dogs were on perfect behavior.

The event was a hit on Facebook. Dog lovers from all over the world liked and commented on the event. 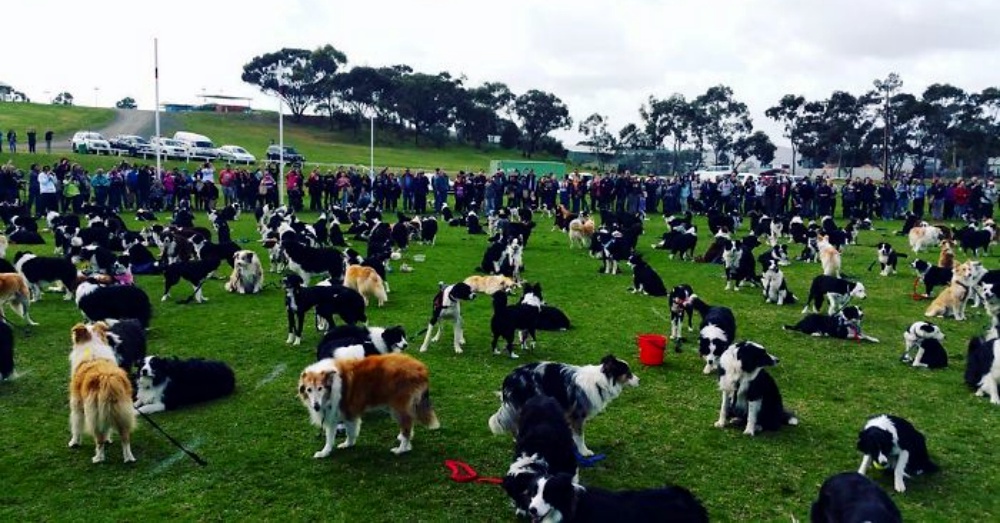 Gawler National Trust Museum commented “Wonderful news. Maybe should end up being an event each year.”

According to Ten News, the group is planning on having the event next year with a goal of 1000 border collies.

Border collies love having a job. Meet Jessie who sniffs out endangered frogs and saves them from extinction. Support Jessie now by clicking the link below. Jessie the Courageous K9 is famous for an obscure special talent: sniffing for endangered amphibians and saving them from extinction. Jessie’s sharp nose has been training to sniff for scats (droppings) of endangered frogs and toads, providing essential information on where they live and how many remain.

This smart and energetic border collie needs YOUR help on her current mission to save South Africa’s rarest toad – the Amatola Toad – previously thought to be extinct!