After Being Rescued From Flames, Grateful Dog Revisits Fire Station In Search Of His Heroes

Everybody has bad days, but Alexx Collins’ week reached epic proportions when, while out looking for work, her Northern California home burst into flames. Collins’ young daughter Morty was safely away at daycare, but the beloved family dog, a Great Dane/Labrador mix named Boo, wasn’t so lucky.

Fortunately, a passerby happened to notice Alexx’s house was on fire and alerted the Chico Fire Department, which managed to pull Boo out from the wreckage. The old dog was unresponsive and barely breathing, but firefighters supplied oxygen which ultimately revived him, and he was transferred to a veterinary clinic for treatment. 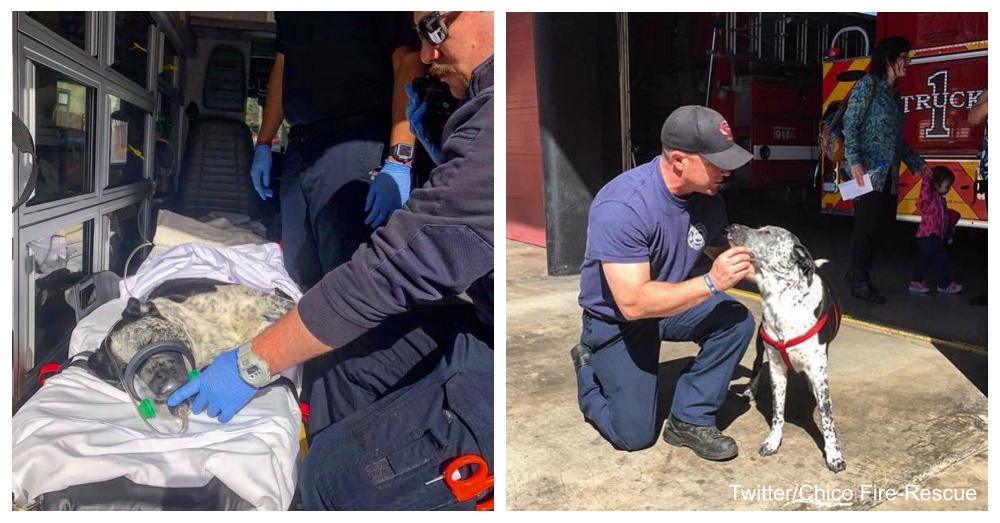 After Boo had fully recovered, Alexx brought the dog back around to the fire department, where her beloved canine fully recognized the crew that had saved his life. Everyone was rewarded with enthusiastic tail wags and slobbery doggy kisses, while the firemen presented this recently homeless single mother with a check to help her navigate the soaring expenses ahead. 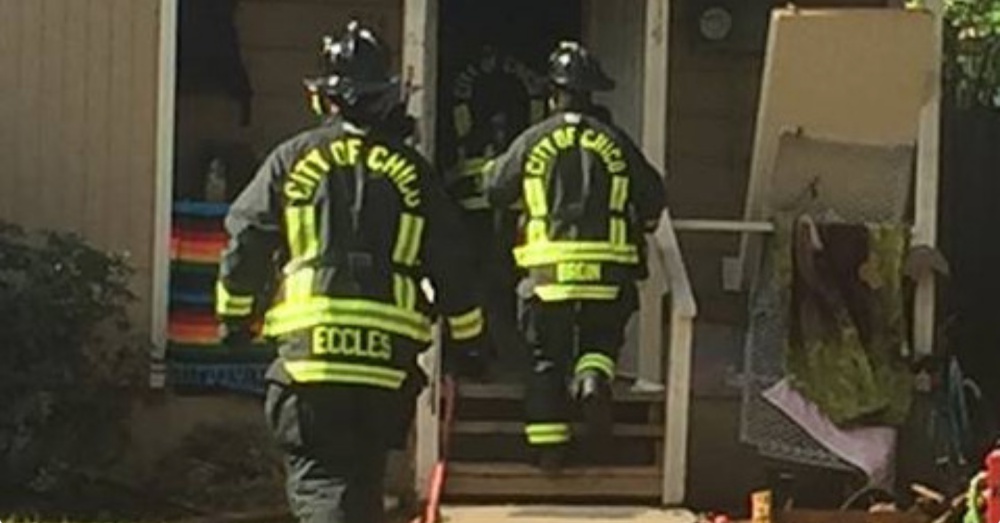 This actually isn’t Boo’s first turn in the news, though his first appearance wasn’t nearly as dramatic. Last summer, a local newspaper profiled Boo’s human, Alexx, who overcame an abusive childhood, drugs and years on the streets to provide her young daughter, Morty, with a better home. Alexx’s survival story makes her house’s demise all the more heartbreaking, and its one reason that her neighbors have started a Go Fund Me page to cover basic necessities, including kibble for Boo. 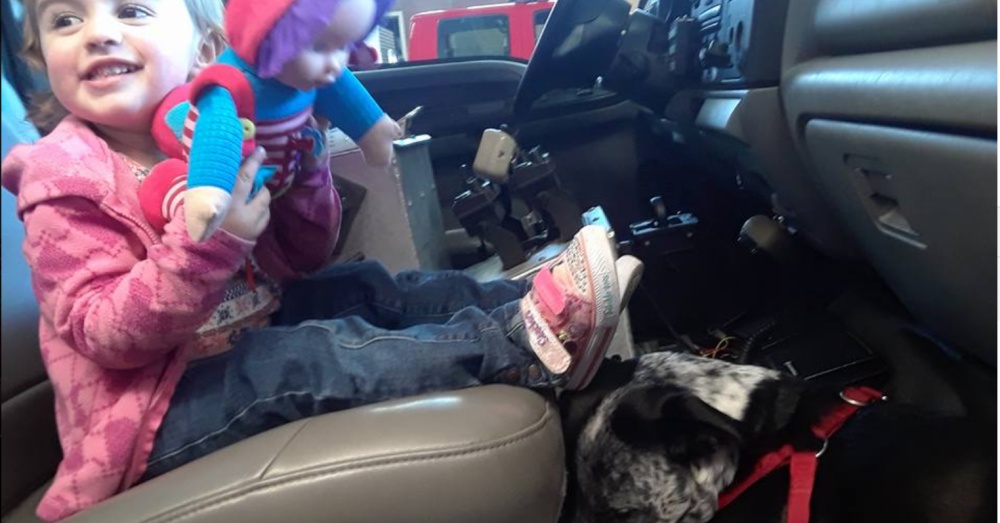 Click ‘Next’ to read about more firemen to the rescue!