Hoshi was 11 years old when his entire life changed. The dog fought for his life after losing his eyes to glaucoma. His family was prepared for the worst. However, that was all until their newest family member came along.

Hoshi’s family adopted a little puppy who had been abandoned and found wandering the streets alone. Named Zen, the newest addition came into Hoshi’s life at just the right time. While the family loved their new puppy, they had no idea the impact he would have on them. 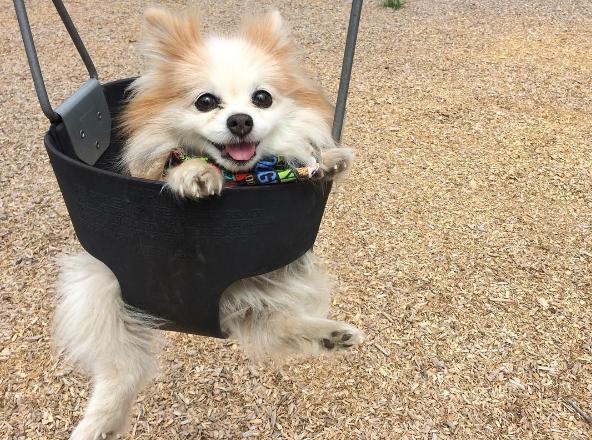 “The moment I saw him, I was in love,” Pauline Perez, the duo’s mom, told The Dodo. “Little did we know the big role he would end up playing in Hoshi’s life.”

Perez did admit that she was a little worried on how Hoshi would react to a new animal in the house, but the two immediately bonded.

“I was a little worried how Hoshi would react when I brought Zen home from the shelter,” Perez said. “To my surprise, he didn’t bark at all. He kept smelling him, staying close to him. Now they are inseparable.”

A few months later, Hoshi would have the surgery to remove his eyes. Thankfully, he had Zen’s company to comfort him and make the transition as easy as possible.

Now that Hoshi has lost his eyesight, Perez said the two are even closer. Zen has made it his mission to make sure to help Hoshi with anything he needs, even a set of eyes.

“They are hiking buddies,” Perez said. “We attach a leash together and Zen does the leading. Even if they’re on two separate leashes, Zen walks beside him.” 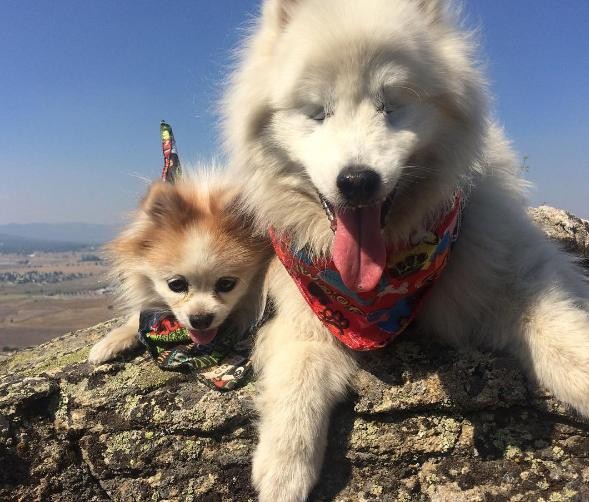 It isn’t just Hoshi that has benefitted from the friendship. Zen also suffers from several health problems of his own, such as an enlarged heart. Zen was also timid and shy after being left on the streets. However, Hoshi’s bubbly personality rubbed off on his new friend.

“Zen picked up a lot of Hoshi’s habits,” Perez said.

The adorable duo has built an unbreakable bond! You can keep up with all of their adorable adventures on their Instagram page!