Backyard bird watching has exploded in popularity over the last few years, in part because a pandemic forced people to find new hobbies from the safety of their own homes. Now, a mysterious health crisis is spreading throughout North American birds, and birdwatchers may be able to take steps to stop it from getting worse.

As Southern Living reports, The illness was initially reported in the spring of 2021 in Washington, D.C.,  where common grackles, blue jays, European starlings, American robins, house sparrows, Carolina wrens, and other songbirds began getting sick and dying. Before long, the reports of the disease were being found throughout the Northeastern United States, and spread west as far as Kentucky and Indiana.

“When people are sick, they go to bed, and you don’t see them. Birds are very similar. When they’re sick, they’re inactive. They hide in the bushes, so they don’t get eaten by a predator. It’s very unusual to see a sick or dead bird, “ Greg Butcher, of the Audubon Society of Northern Virginia, told the Fauquier Times. “So, the fact that this many sick or dead birds have been seen is a sign that this could be ten to 100 times as bad as has been described so far.”

Wildlife officials in the affected states are urging residents to take down their bird feeders as soon as possible, as a precautionary measure, Newsweek reports. Disease can spread easily around bird feeders and baths, given that several animals can congregate in these places at the same time. Short of completely removing the feeders, wildlife officials recommend cleaning your bird feeders and baths with a 10 percent bleach solution immediately and then once every week.

Even after exhaustive research, scientists at the Cornell Lab of Ornithology have ruled out several diseases and pathogens but still don’t know exactly what the cause of this outbreak actually was.

One theory links the bird deaths to the cicada Brood X that emerged in 2021.

“The distribution of states where this spontaneously popped up was an exact match for the cicada emergence map, and it is a very strange distribution of states for this kind of outbreak,” said Elizabeth Bunting, Senior Extension Associate at the Cornell Wildlife Health Lab. “It was Virginia, West Virginia, Maryland, Delaware, New Jersey, Pennsylvania, and then it moved over to Tennessee, Kentucky, Ohio, Indiana but it completely skipped New York and the rest of New England. That is an exact replica of the cicada map.”

It’s possible the disease is brought on by ingesting cicadas that have been sprayed with pesticides. This is a potentially dangerous ecological issue, the National Wildlife Federation warns, as pesticides are an ineffective way to deter cicadas, and put birds as well as bees and butterflies at great risk.

There are devastating long-term environmental consequences to the mass death of any bird species. Insect populations could bloom, while the seeds and pollen of native flora would have less help in being spread.

Humans will suffer from the loss of songbirds, too. A sharp drop in the demand of birdseed puts businesses that sell it in a tough spot, the Hartford Courant reports. Generations born after the sweet songs of these birds no longer fill the air will never know the sense of calm happiness their chips once gave us.

This is a future we can and must avoid. Click below, sign the Birdbath Pledge and do your part to protect our songbirds! 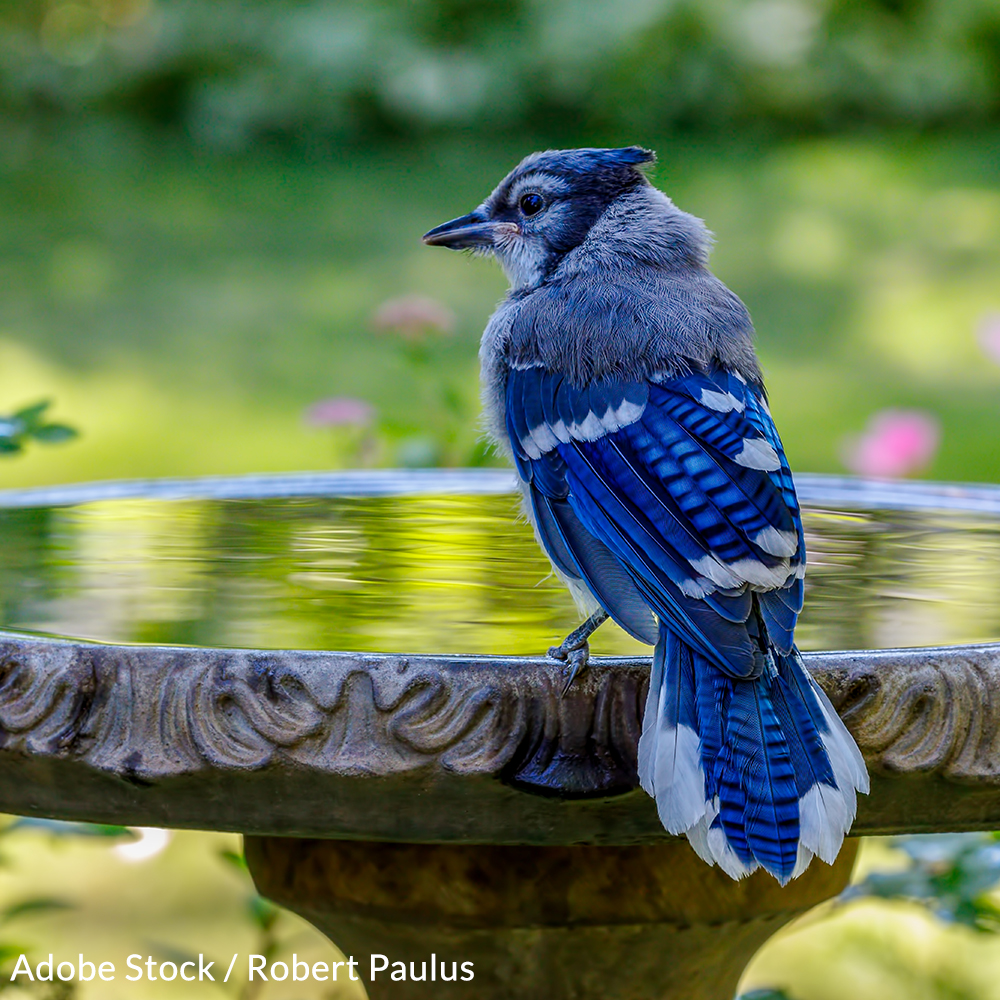 Songbirds in North America are dying from a mysterious disease that spreads around bird feeders and birdbaths.

You can help reduce the spread of this disease and ensure that future generations can enjoy the sweet songs of these birds, too.

Sign the pledge and do your part to save our songbirds!