Animal rights organizations, celebrities, and wildlife advocates around the country are celebrating The US House of Representatives’ passage of The Big Cat Public Safety Act by a vote of 278-134. The bill now heads to the Senate floor where, if passed, it will ban private possession, public contact and increase restrictions on the breeding, trade, and exploitation of big cats.

The Big Cat Public Safety Act will ban the private ownership, trade, and breeding of certain species. This means that backyard breeders, roadside zoos, cub petting, and photo opportunities like those seen in the “Tiger King” series will not be able to operate within the law.

Big cats are rarely given comfortable lives in captivity. Many facilities declaw their animals, a practice that has been banned by the USDA since 2005. Big cats are also subject to confinement, abuse, and poor nourishment. Some are even drugged before being put in close proximity to humans.

After 3 to 4 months, tiger cubs are considered too big and dangerous to allow people to pet or get close to. This creates an unnaturally high demand for new cubs, which unscrupulous breeders are willing to deliver, at the expense of the health and comfort of female tigers. Worse yet, cubs that are no longer useful could be sold as pets, or killed and sold for their body parts.

The fate of these animals is unknown, as the U.S. has no method of tracking tigers in unlicensed facilities like roadside zoos.

According to the Humane Society, there have been at least 100 dangerous and cruel incidents involving big cats kept as pets or in private menageries since 1992:

“Animals are not objects of entertainment, and it is disgraceful to continue to allow them to be treated as such,” said Jan Creamer, President of Animal Defenders International. “A life of confinement and abuse is no life at all. It is time to pass the Big Cat Public Safety Act and put an end to the cub petting and backyard breeding of big cats in the US.”

“I have been working on this legislation for over 3 years and we are now one step closer to seeing it become law. Over the years, the world has seen the dangers of owning big cats, not just for the animals themselves but for the communities in which they are kept. When these big cats escape, first responders are put in immense danger. My legislation will bring an end to housing big cats in inhumane, unsafe conditions and will keep neighborhoods and law enforcement safe,” said Representative Mike Quigley, sponsor of the bill that passed the house. “I am grateful to the committee for moving this bill forward, and hope it will soon come to the floor of the House of Representatives so it can receive the vote it deserves.”

Senate companion bill S1210 is sponsored by Senator Richard Blumenthal. Should it also receive a favorable vote in the Senate, the Big Cat Public Safety Act will become law.

Make a difference. Click below and take a stand for big cats!

Tigers Are NOT House Pets! 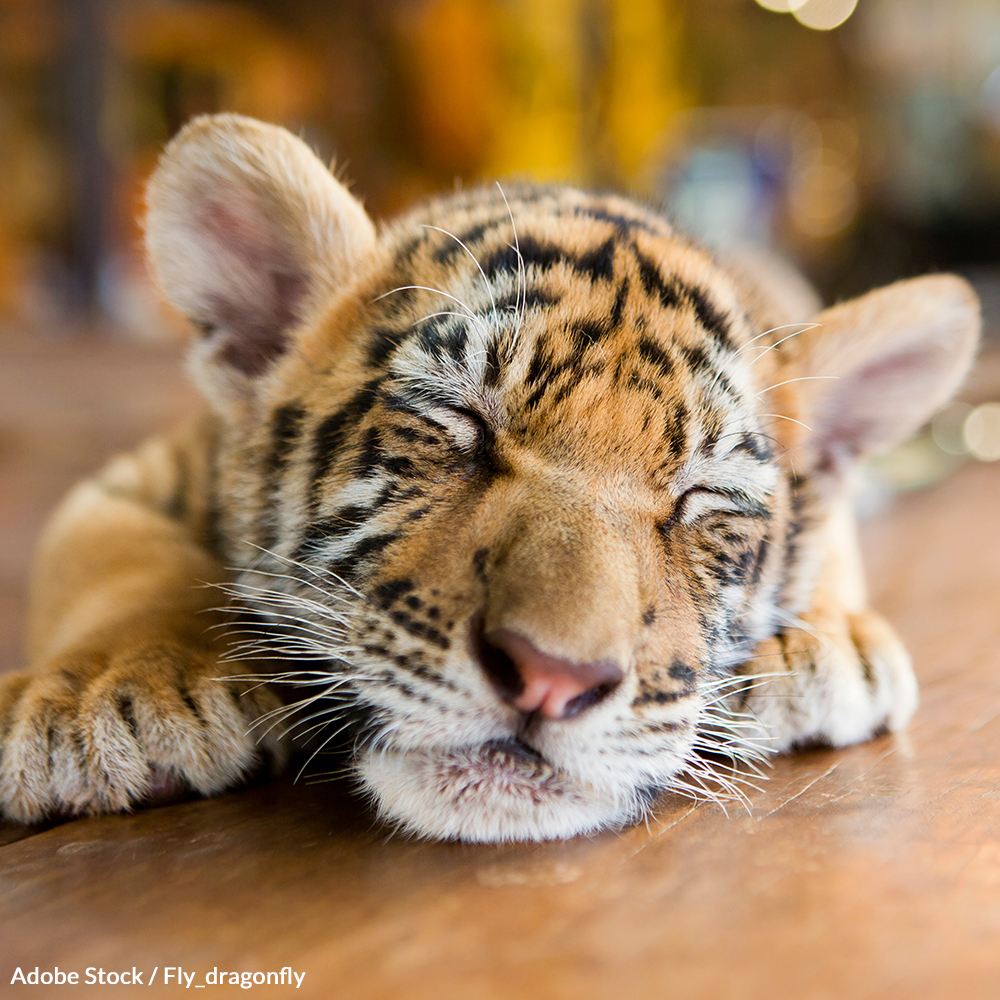 Currently, there are between 5,000-7,000 big cats in private captivity in the United States.

Despite the obvious difficulties of trying to feed and house a tiger or lion, the majority of “owners” are unable to care for the animals through adulthood. The cost of keeping a tiger alive and healthy in captivity is upwards of $6,000 a year, and many people simply abandon the animals or neglect them to an abhorrent degree.

The breeding and sale of these animals is contributing to a cycle of suffering.

Sign the petition and take a stand for big cats!