He’s Named For a Famous Detective, But Benedict CumberCat Would Rather Teach Kittens “How To Cat”

Benedict Cumberbatch is widely-renowned for his stint as Sherlock Holmes, so much so that one Dulles, Virginia, family decided to name their cat after the versatile English actor. However, Benedict Cumbercat’s interest lies less in detective work and more in a mentorship role – particularly whenever needy kittens are concerned.

Earlier this March, Benney’s human, Ellen Carozza, happened across a tiny pair of orphaned kittens at a local animal rescue group. Because they were only 24-hours-old, the shelter transferred them to Ellen, a licensed tech vet and foster parent, for bottle feeding and round-the-clock care. 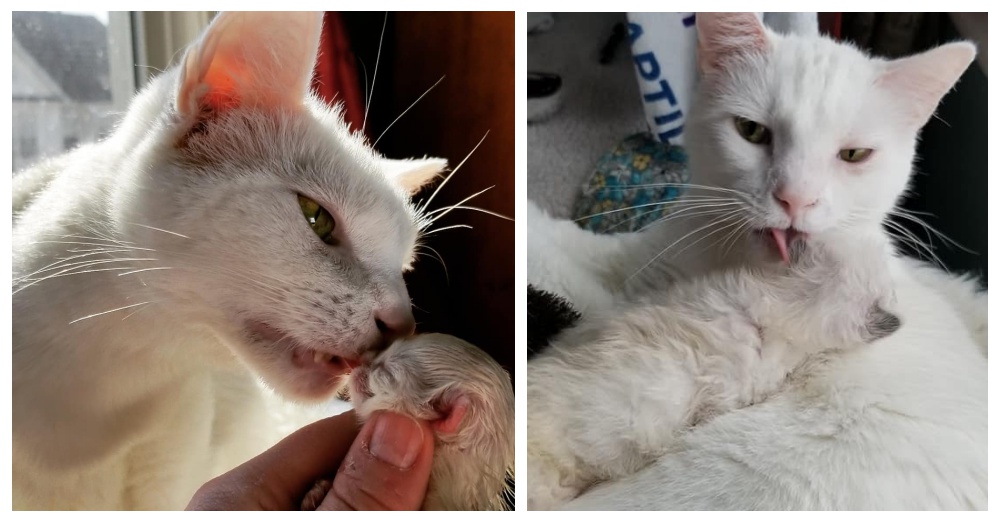 Possibly because he is a rescue himself, Benney took a very active role in the operations, as he has with all of Ellen’s foster kittens. “He always made friends and showed the younger groups that came in the ropes and played and socialized with them,” she told Love Meow. “I’d like to think he is giving back what we gave him. A chance for a good life.”

Unfortunately, one of the kittens didn’t last survive past his second day, which greatly upset his de facto father figure. “Benny knew something was wrong with the critical baby as he would push his way into the hourly checks, tube feeding sessions and cleaning the sick baby,” Ellen recalled. The kitten’s untimely passing only upped Mr. Cumbercat’s protective instincts towards the second kitten, Jubilee. 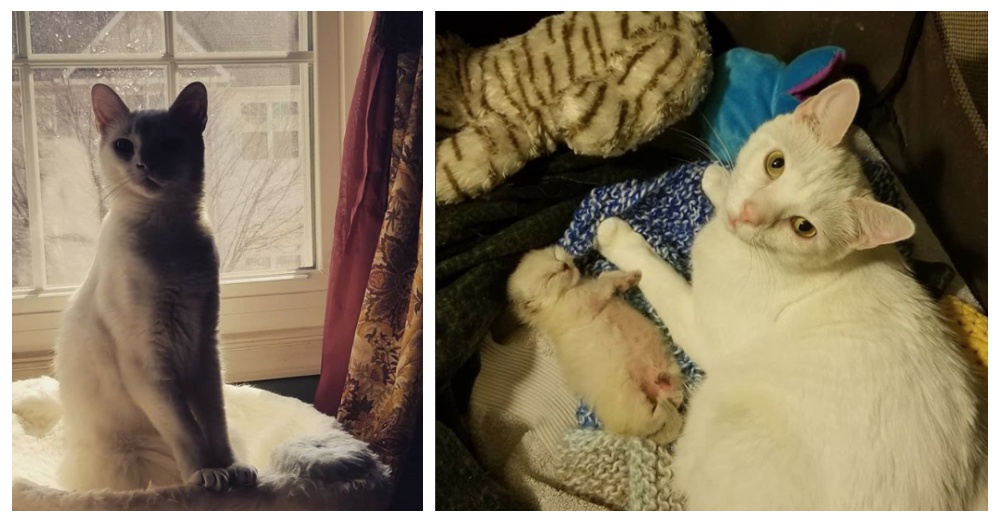 This included Benney’s impatiently waiting in the window for their human to get home to administer food, then enthusiastically grooming the kitten post-feeding. Nor does Benney rest when Jubilee goes down for nap time. Rather, the older cat prefers to stand guard, just in case.

Benney’s parental style has started to change as Jubilee gets older, Ellen told Love Meow, noting that the kitten gets bigger and stronger each day. “As she grows Benny’s care changes,” she said, guessing that it wouldn’t be long before Benney decided Jubilee was ready to “teach her how to cat.”

Check out the video below to see how Benedict Cumbercat’s lessons are going!

Click ‘next’ to read about unlikely animals with a soft spot for kittens!