When Belle’s rescuers found her, she looked like she had a severe and debilitating skin disease. But they quickly realized the bumps covering her body were actually ticks.

Rescuers from CLAW (Community Led Animal Welfare) in Johannesburg, South Africa, were called to pick up Belle from a grossly neglectful home. The poor young dog, who is a mix of lab and hound, had been an unwilling host to the ticks for a long time already, and was on the verge of death. She was anemic and weak, and fighting tick fever.

They rushed her to the vet to get emergency medical care.

Ticks are a common pest in various parts of the world, but the invasion of ticks on Belle’s body was jaw-dropping.

She had thousands of ticks on her. They had crusted over the outside of her soft floppy ears and had swarmed inside of them. They had latched onto her eyelids, making it hard for her to see. The ticks had been living off of Belle for so long that they were bloated with her blood, relying on the blood vessels in the tender, thin-skinned areas of her face to survive.

The infestation was so severe that the medical team couldn’t pick the ticks off. Belle had already lost so much blood from the parasites that if the team attempted to remove them one by one, she would lose too much blood and die.

So they gave her strong antiparisitic drugs instead.

A couple days after her intensive treatment began, the ticks started to detach and fall off, having been paralyzed by the medication. Once they began their mass exodus, clinic staff treated the skin infections that the ticks left behind. Because she was severely malnourished, Belle was also put on a special diet to give her a boost of much-needed vitamins.

She slowly grew healthier. Her coat became shiny and silky, and her fur grew back over the parts of her skin that were left bare or mottled by the ticks. She became a healthy, happy pup, and her true nature really began to shine under the dedicated care and affection of the people at CLAW. 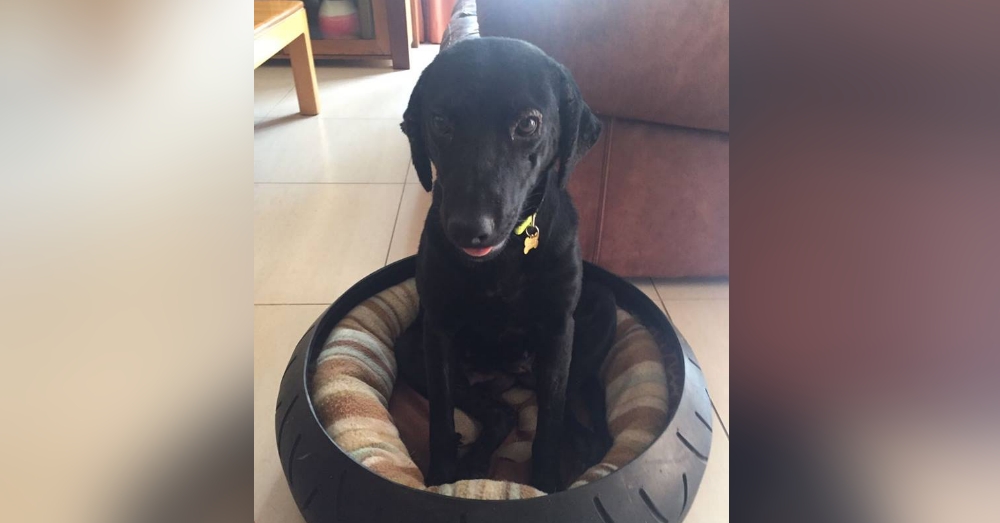 Her story went viral, and she captured the hearts of people all over the world.

However, there wasn’t a lot of interest in adopting her. Hard to believe, right?

In fact, there was only one person who submitted an application: Hannah Claire van Collier. When Hannah applied to adopt Belle, she assumed there would be a lot of competition. Instead, it seemed like she and Belle were just meant to be together. 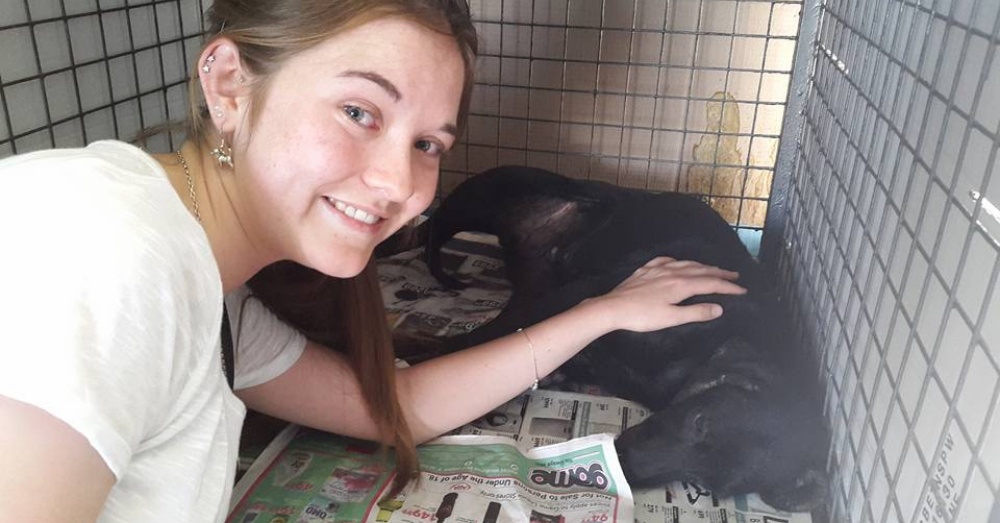 “Belle quite literally stole Hannah’s heart within seconds of them meeting,” a post on CLAW’s Facebook page reads, “and it has been a match made in heaven. Belle landed her bum in the butter and hasn’t looked back, improving daily!”

We’re so happy that Belle is now healthy and loved, like she deserves to be, in her forever home.