With A Little Love, There’s Hope For Even The Most Neglected Animals, And Here’s Proof!

Everyone loves a good makeover, especially when it’s a canine being cleaned up for adoption into a loving forever home.

It takes a lot of work to pick up abandoned or neglected animals off the streets and turn their lives around, but rescuing these incredible creatures is just one part of the story. The true transformation doesn’t take place until the animals have found a compassionate family to call their own.

Of course, we’ve got plenty of proof that dreams like these do come true. The Rescue Bank Story Contest 2017 saw a number of entries from shelters that showed rescue pets both before and after their rescue and adoption. What a striking difference a little love makes!

These transformations are made possible by a lot of people; the folks at the shelters, the great people at Rescue Bank who support them, and people just like you. When you click at The Animal Rescue Site, or subscribe to a program like RescueBox, you’re helping animals just like the ones featured in the stories below.

Out of all of the great rescue stories that were entered, here are nine of our favorites!

Once upon a time, Merrily was a very sad and lonely dog living in a drain pipe. Her eyes were full of pus, her feet were bleeding and her body was scaly, cracked and bleeding, full of mange. Her pointy ears hung low, pained with a double infection. 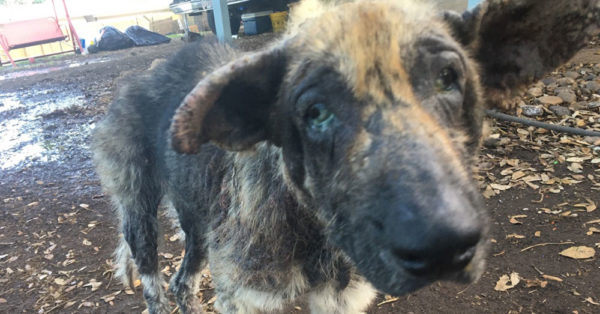 That is, until a rescuer from the Charming Pet Rescue in Boerne, TX, spotted her laying in the drain pipe and called to her.

She was put into a crate and taken to the veterinarian. After a few weeks of TLC, her fur began growing in, and her infections cleared up. She was perky, and even smiled.

“All of the volunteers loved coming to see Merrily and the progress she made,” a volunteer from the shelter wrote. “She especially stole the heart of a volunteer named Wanda who would come weekly to give her a long luxurious bath and massage in coconut oil!” 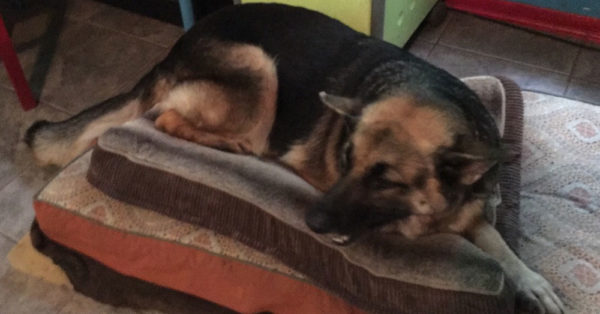 Merrily was adopted just moments after the shelter cleared her to go. Her new home is much more comfortable than the drain pipe she once languished in.

Barton was found cold and lifeless, laying on the concrete at the back of the ABC Clinic in northern Texas. A veterinarian administered fluids with an IV, but was doubtful he would survive. 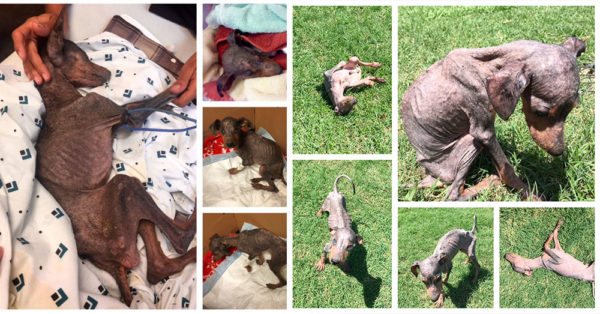 Volunteers from the Doberman Rescue of North Texas drove to Waco and brought Barton to their facility, 3 hours away, where he was miraculously nursed back to health.

“At first he appeared to be a Doberman Puppy,” a volunteer from Doberman Rescue of North Texas said. “However, he weighed only 3.8 lbs. He was weak can could barely stand.” 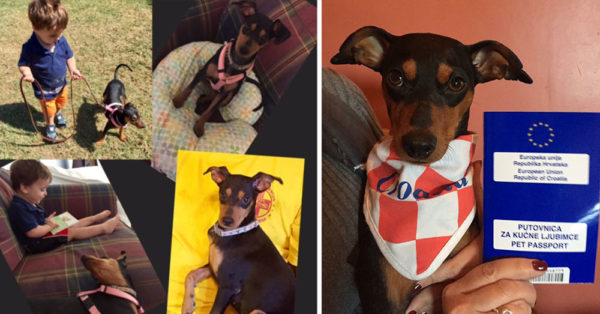 After several months, Barton gained weight and grew hair, and was eventually adopted. But he wouldn’t be spending much more time in Texas. In his exciting new life, he gets to travel all over the world. He even has a Croatian passport!

Rayne was found on the side of a road by a good Samaritan in the pouring rain. She could hardly move except to gasp for air.

After she was dropped off at Lady Luck Animal Rescue, in Florida, specialists discovered she was both hypothermic and anemic, and suffering from intestinal parasites. 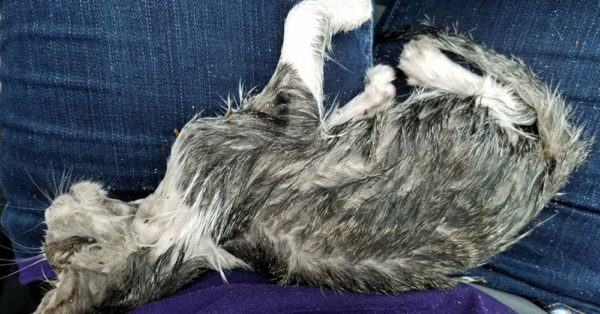 It took a lot of work to help Rayne recover from her failing health, but today she is being fostered in a home with other kitties, happy, friendly and sticked with plenty of canned food from Rescue Bank, a shelter volunteer said. 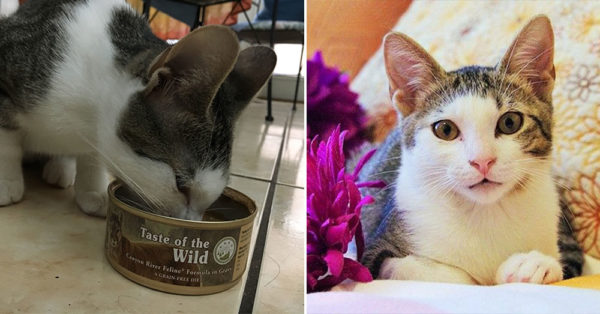 “The Rescue Bank has allowed us to free up money in more severe medical cases since we don’t have to spend as much money on high quality food since its provided for our animals,” the volunteer said. “This saves the rescue a lot of money and we are able to save more animals.”