If the Coast Guard had arrived just a few minutes later, several Beagles in Columbus County, North Carolina, would have surely drowned.

The dogs were trying desperately to climb up the sides of their kennels as flood waters from a tropical storm rose. Owner Josephine Horne had just been pulled from her waterlogged trailer by members of the Coast Guard, when she looked back at her yelping animals.

They were crying for help. Thankfully, it had arrived. 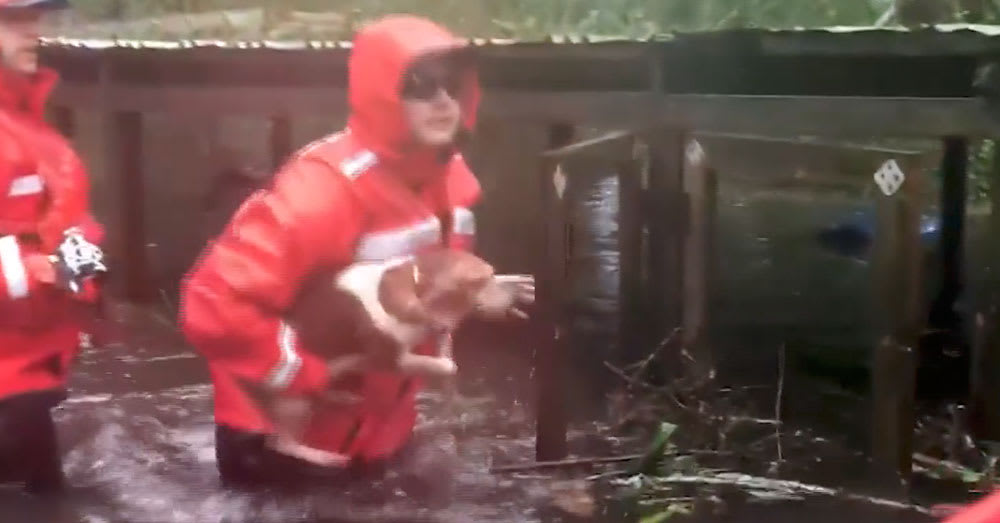 Source: Facebook/WFMY News 2
Members of the Coast Guard work to rescue the Beagles.

Safely aboard a Coast Guard punt boat, Horne watched as Mitchell Moretti pulled up in another, jumped out and began hoisting the beagles into his craft.

Barking could be heard throughout the woods as Moretti plucked the sinking Beagles from imminent death.

“If we would have gotten here just a few minutes later, I don’t know if these guys would have made it,” he told USA Today. 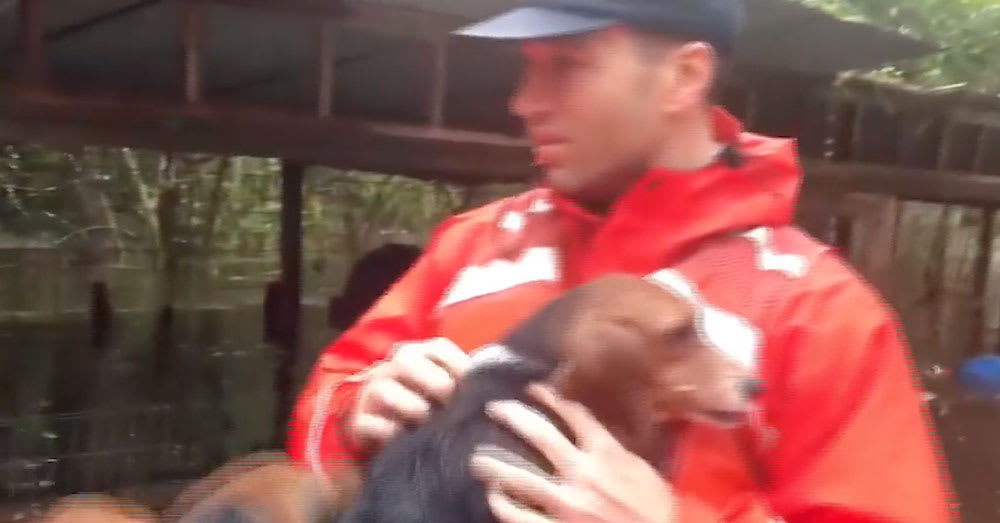 With their precious cargo aboard, the Coast Guard headed for dry land, but not before a few laughs with the Beagle brigade. While some of them attempted jumping overboard, a few others decided to relieve themselves in the boat.

Needless to say, everyone was happy and safe. The Beagles were saved, as were Horne’s neighbor’s four Pit Bulls.

“We got a boat full of beagles!” crew member Tyler Elliott said as they motored to safety. “This is the best day of my life!” 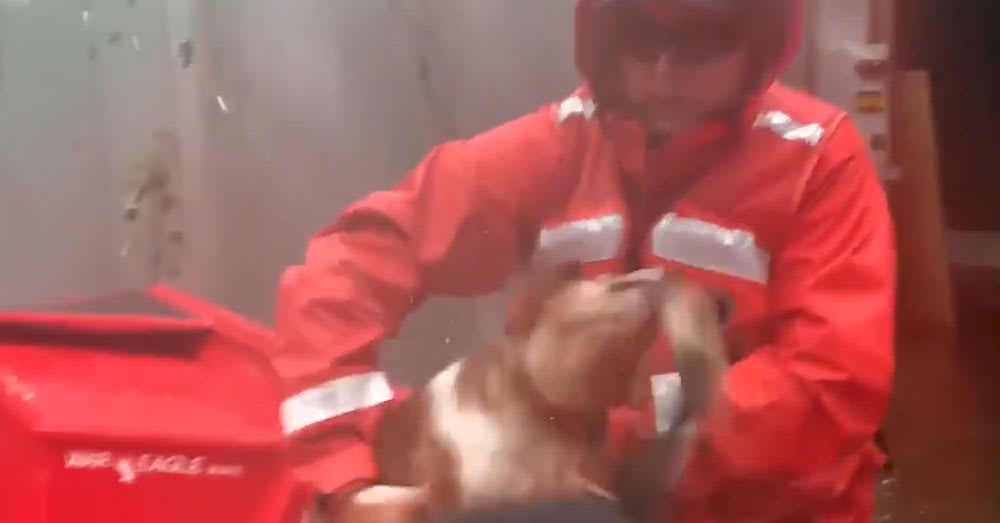 Source: Facebook/WFMY News 2
Flood waters are still high in North Carolina, and residents are urged to relocate where it is dry and safe.

Horne initially left her home with her husband, Jackie, but returned when she thought the storm had passed.

“It looked like everything was fine. It was fine,” she said. “It’s like this came out of nowhere all at once.”

But her community continued to flood, even days after Tropical Storm Florence had passed by. Her return home wasn’t the best decision, but In this story, at least, no one was hurt or left behind.

“Thank god,” Horne said. “There are some things you can’t replace.”

See the thrilling rescue in the video below.