Puppy mills are well known for their mistreatment of animals and poor breeding practices, yet they remain a problem throughout the United States. In 2016, New Jersey took new steps to crack down on these large-scale breeding programs by passing a new law that regulates them. Introduced by Senator Raymond Lesniak, the S63 is an expansion of some of New Jersey’s existing laws regulating pet sales. The Pet Purchase Protection Act provided certain health guarantees if a buyer took home an unhealthy puppy. It also required that the name and license number of the breeder be prominently displayed, and required breeders to hold certain licenses and submit to regular inspections. Breeders that had certain animal welfare violations in their histories were not allowed to sell puppies. However, this law only applied to animals sold in pet stores. 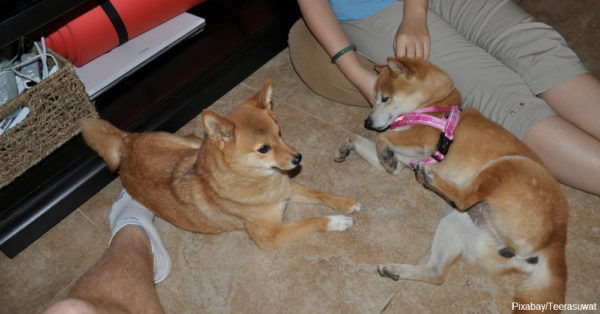 S63 expanded the rules so that they apply to any breeder or broker who sells more than five puppies a year to New Jersey buyers who have never seen the puppy before that day. This includes online brokers as well, which are a significant source of puppy mill dogs. It also bans outdoor sales, such as those in flea markets and parking lots. In addition, it prohibits new pet stores from selling dogs or cats at all and instead requires that the animals come from animal shelters.

Existing pet stores may be grandfathered in and still allowed to sell animals.

This exciting law, which passed in July 2016 with a vote of 28-7, is similar to laws enacted by many cities and counties throughout the United States. However, it marks the first law of this nature passed at a state level, and animal welfare advocates are hoping that other states will follow suit in the future. These type of laws may help eventually put an end to the inhumane practices associated with puppy mills and help reduce the animal overpopulation problem.New Jersey’s law is an exciting step forward in the fight against puppy mills, but the war marches on. Watch these lucky dogs start a new life after their rescue from a puppy mill.