Plenty of people have come across a fountain and stopped to toss in a small coin for good luck, even if they don’t really believe in luck. But this superstition caused a life-threatening danger for a 25-year-old green sea turtle in Thailand.

Tossing coins on turtles in Thailand is thought to bring longevity, and so after having coins constantly thrown at her, the turtle eventually ingested 915 of them after mistaking the money for food.

After so much time and money the loose change formed a ball inside of the turtle’s stomach, weighing close to 11 pounds. This excessive weight caused a crack to form in the turtle’s ventral shell, which in turn caused a life-threatening infection. 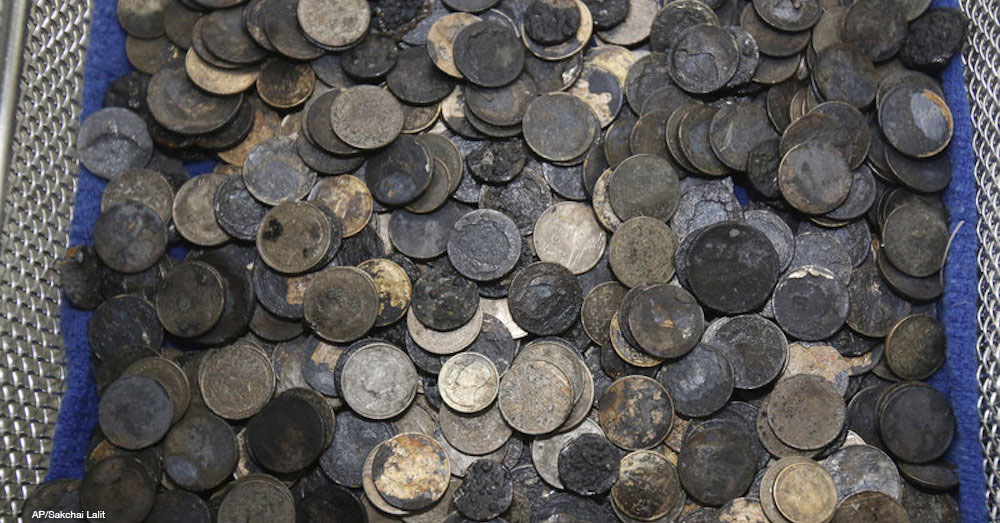 The situation called for an immediate surgery performed by the Chulalongkorn University’s veterinary faculty after the turtle was brought to them by the Thai navy. After four long hours, the coins were all finally removed from the sea turtle’s stomach and earned her the nickname “Bank.” Many of the coins were in her stomach for so long that they had become corroded.

“The result is satisfactory. Now it’s up to Bank how much she can recover,” said Pasakorn Briksawan, one of the surgical team.

When people found out about why the emergency surgery had to take place in the first place, they were extremely angry, especially the surgery team leader Nantarika Chansue.

“I felt angry that humans, whether or not they meant to do it or if they did it without thinking, had caused harm to this turtle,” she said.

After the media had revealed what happened to the turtle, there was a large movement to help donate money in order to pay for the surgery.