Millions Of Baby Turtles Crawl To The Sea For First Time

In a video that has been described as “magical,” a mass of sea turtles were captured on their first crawl towards the sea. The footage was shot on a deserted beach in Odisha, India, after more than 20 million Olive Ridley sea turtle hatchlings were born.

It was truly something to behold – clearly, “magical” was an accurate description of the phenomenon.

The clip of the turtle hatchlings was shared to Twitter by a local forester, Susanta Nanda, who captioned the video, “A sight that casts magical spell year after year.”

Nanta added, “Nearly 2 crore plus [20 million] olive ridley hatchlings have emerged & made their way to the sea from half of about 4 lakh [400,000] nesting at Nasi-2 islands, Gahirmatha rookery Odisha. The spectacle continues. Early morning video.”

The turtles, whose species are listed as vulnerable, were first seen nesting in March during the daylight hours – something they hadn’t done since 2013.

Amlan Nayak, the district forest officer for Berhampur, Odisha, shared with Mongabay-India, “The last time we saw day time nesting of olive ridleys along this site was in 2013. Usually, they come on to the beach for nesting only during the night. This March was special for us as we saw the species visiting the site at night and even during the day, in equally good numbers.” 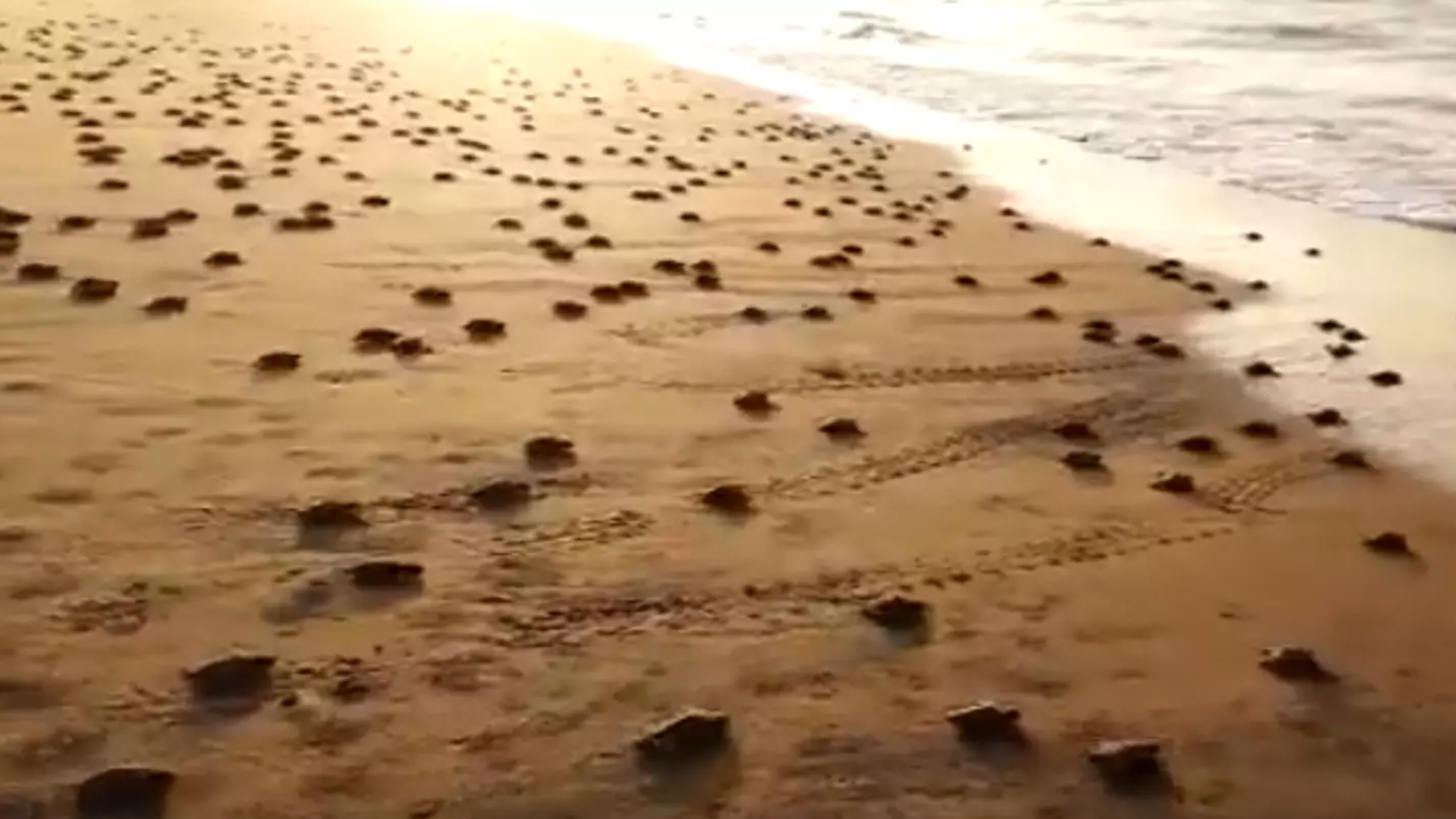 Because of the quarantine measures enforced during this time to stop the spread of COVID-19, the lack of human foot traffic in the area was most likely what caused the turtles to return, after seven years, during daylight hours to nest. However, the experts have agreed that the lockdown probably didn’t affect the actual timing of the nesting as other natural factors would’ve attributed to that.

The president of Orissa Environment Society, S.N. Patro, said to Mongabay-India, “I do not think the lockdown period can have any impact on the nesting activities of the olive ridley turtles. But what the lockdown can do is that it can reduce the casualties of the sea turtles or the damages their eggs undergo in normal days. However, in the absence of human movements, pest attacks, and attacks from other animals, can increase as well.”

Patro added, “They [turtles] are quite confident. The village communities in Rushikulya have known of arribadas [the term for mass nesting, taken from the Spanish word for ‘arrival’] of olive ridley turtles since time immemorial. The turtles want a clean and dry beach. They have to feel safe. Since September 2019 efforts were on to clean the beach. Due to the debris deposited on the beach following cyclone Titli.”

Unfortunately, the Times of India shared reports that hundreds of the little babies in Odisha didn’t survive after becoming entangled in fishing nets.

Clearly, something has to change within our society in order for nature to have a chance of surviving.

Watch the incredible video of the hatchlings below: