News of the massive Cesar Filet Mignon dog food recall didn’t reach Anna Volgensang in time to prevent her dog’s death, but she’s hoping others won’t have to face the same situation.

Mars Petcare US announced the voluntary recall after hard pieces of plastic that entered the food during production had been reported in several containers of the food. Unaware of the recall, Volgensang fed her dog Babushka the food.

“He looked really terrible i mean really terrible he had a hard time breathing because they said it would stop their breathing,” she told WMAR. “When he threw up over at my daughter’s there were those big plastic things in the throw up.”

Now mourning the loss of Babushka, Volgensang is in contact with the dog food manufacturer, trying to reconcile what dignity is left of her pet’s memory. As part of the corporation’s investigation process, Volgensang must send the bits of plastic her dog choked and died on back to Mars Petcare, which will determine if they came from the same offending batch.

“He was really a good dog, best I ever had,” she said. “It’s hard because it took me so long to find him and then for him to die like that, it’s really sad. You know you can understand if your dog gets sick or is hurt and you have to put him down but just because you give him dog food just doesn’t seem right.”

Vogelsang buried Babushka in her own backyard. 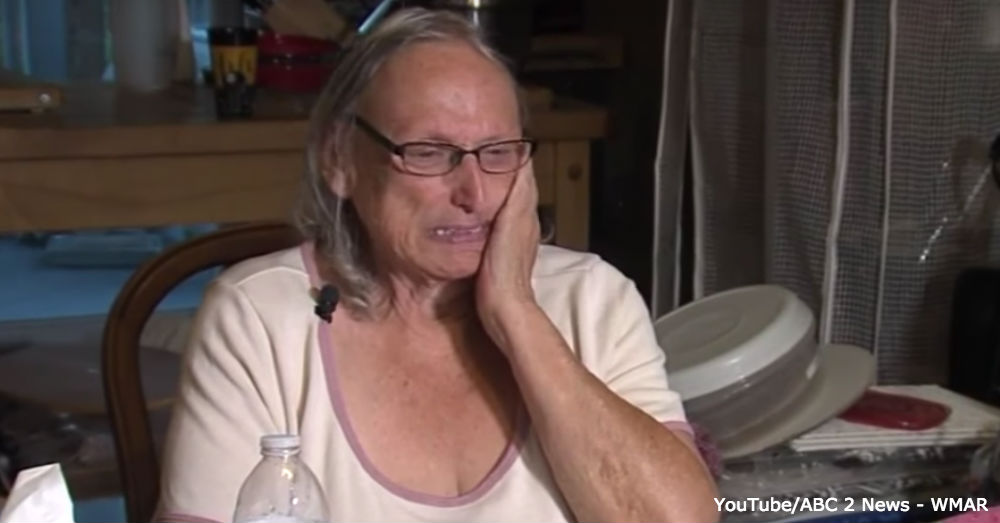 In a prepared statement, Mars Petcare US urged those who have bought cans of Cesar Filet Mignon dog food to either throw it away or return it to their retailer for a refund.

“While a small number of consumers have reported finding the plastic pieces, to date, we have not received any reports of injury or illness associated with the affected product. The lot codes indicated below should not be sold or consumed.”

Pet food has long been a source of worry for pet owners and health officials. Reports of salmonella contamination are frequent, and threaten not only animals eating the food but also the owners handling it. Nutritional deficiencies and toxins have been found in pet foods as well — including melamine, which has led to multiple pet deaths.

But you can help!

Follow the button below and sign our petition to the FDA. Make your voice heard now: It’s past time for the FDA to help ensure that the food we feed our pets is safe!

There have been dozens of recalls this year alone, and we can’t allow companies to keep putting our loved ones in danger!