Watch Australian Rescuers Work Against The Clock To Save Humpback Whale

Humpback whales are some of the most incredible marine species on earth. Their dramatic breaches, social constructs, and communication system prove they are highly intelligent as well as playful.

Though Humpbacks are listed by the IUCN Red List as a Least Concern species, they are not without their threats. Wishing operations, pollution, and climate change are all working against the survival of the humpback whale.

The humpback has been from protected from commercial whaling operations for long enough to let the species bounce back. It’s not often we see them tangled up in fishing nets, but it does happen. Thankfully, there are compassionate rescuers ready to step in when it does. 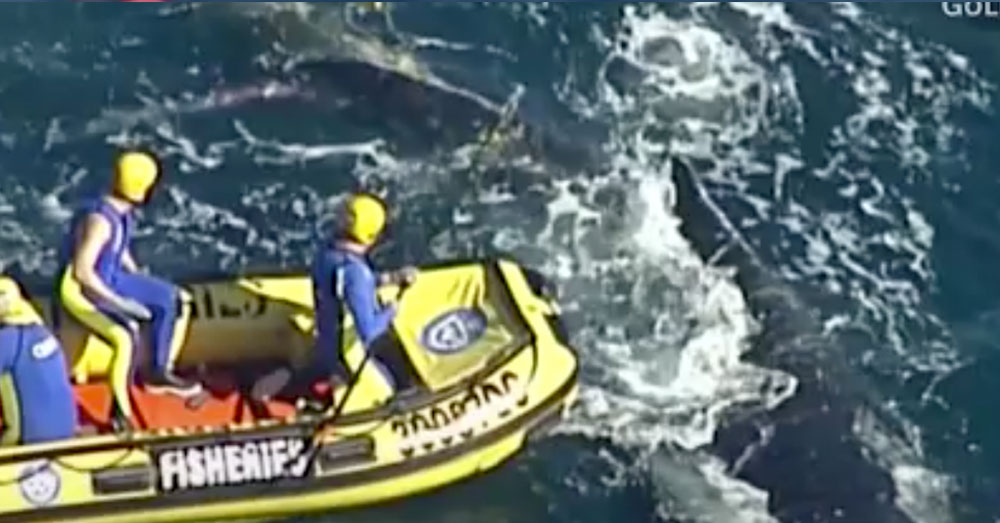 Source: CNN Video
The humpback whale was caught in a shark net off the coast of Australia.

After a humpback whale was caught in a shark net off the coast of Australia, a team of rescuers worked quickly to save it from drowning.

Watch how they eventually freed the beautiful humpback in the video below!