To craftsman James Mellick, his carved “Wounded Warrior Dogs” are more than just a symbol of courage and loyalty in battle. They hold real personal meaning and display the stories of the many battle-wounded veterans Mellick spoke with while creating his work.

To the community of Grand Rapids, Mich., Mellick’s work represents the best the international art community has to offer, as it won the $200,000 grand prize in the city’s annual art competition, ArtPrize, in 2016. Out of 1,453 entries, Mellick’s work took both the top prize, decided by public vote, and a juried award for 3-D art. 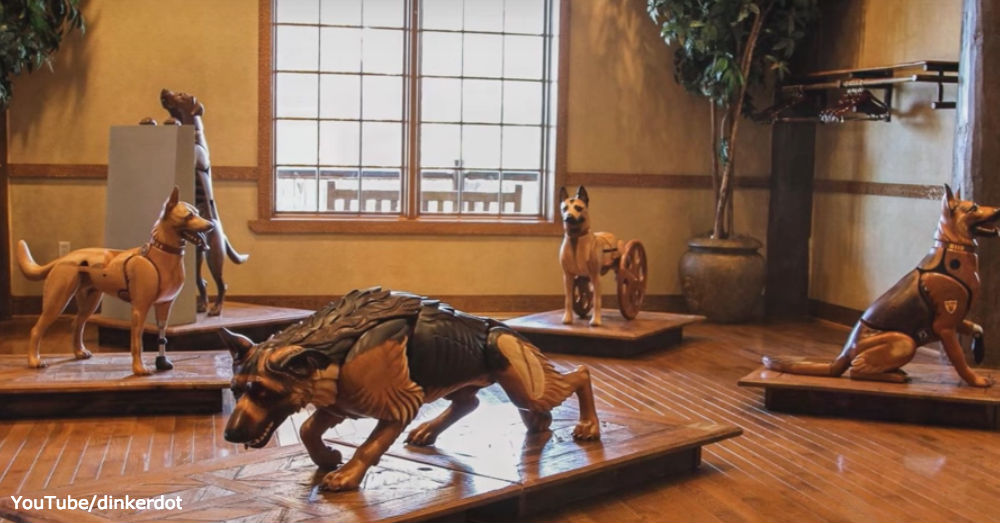 Wounded Warrior Dogs is made up of seven allegorical pieces, six of them different dogs representing service in a different war. The seventh dog is displayed in a flag-covered coffin, a tribute to the great sacrifices made in war. The emotionally charged work brought many to tears, including Mellick himself, as he stood by his installation and spoke with the public during the 19-day competition.

Completed in 2015, the first three dogs of “Wounded Warrior Dogs” won the People’s Choice award at the Ohio State Fair, while the entire group been installed at the Canton Museum of Art prior to making its way to the Amway Grand Plaza in Grand Rapids.

This isn’t the first time Mellick has been to Grand Rapids. According to Mlive.com the Milford Center, Ohio artist once led the sculpture department Calvin College, where another one of his dogs, carved in 1986, is installed at the school’s Covenant Fine Arts Center. Mellick carved “DaVinci’s Dog” in memory of those who worked and died on the Space Shuttle Challenger that same year.

While not for sale, Mellick hopes his “Wounded Warrior Dogs” will serve as a catalyst to raise attention and funding for different veterans organizations.

While not one of Mellick’s masterpieces, the dog in our next story is just as much a prize, even after having two legs amputated. Follow the “Next” button for more!