On Friday, May 13, Ducey signed HB 2127, which will close the Tucson Greyhound Park, the state’s last dog track, at the end of 2016. Arizona is joining 39 other states that have outlawed dog racing. The bill garnered unanimous passage in both the State Senate and House and has been praised by animal rights activists. 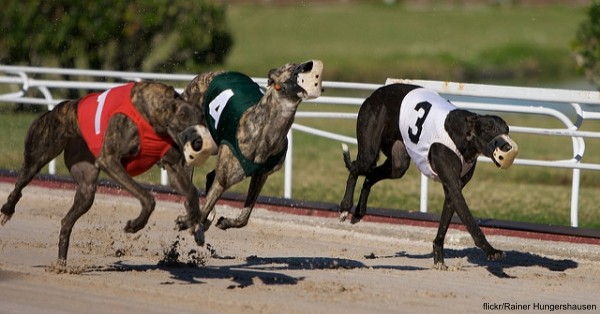 Dog racing has been on the decline in Arizona. In 2009, Phoenix Greyhound Park closed its doors to dog racing after years of injury reports became too much for the citizens of the state to handle. The racing lobby has even acknowledged dog racing’s unpopularity.

“There is growing pressure in the state and around the country to end live greyhound racing. We understand that, we respect that, we feel that,” track lobbyist Michael Racy told the Arizona Senate Finance Committee. “Dog racing in Arizona and the country is probably and realistically coming to an end.”

While this bill ends dog racing in the state, it places no restrictions on horse racing. A provision in the bill will allow the Tuscon Greyhound Park to collect money from televised horse racing for two years. However, the park must pay a share of those profits to Turf Paradise, a horse track in Phoenix, which will then install OTB facilities around the state. The Tucson Greyhound Park actually makes most of its money from 8 off-track betting parlors in Pima County, according to KVOA, so a ban on dog racing won’t kill the business. 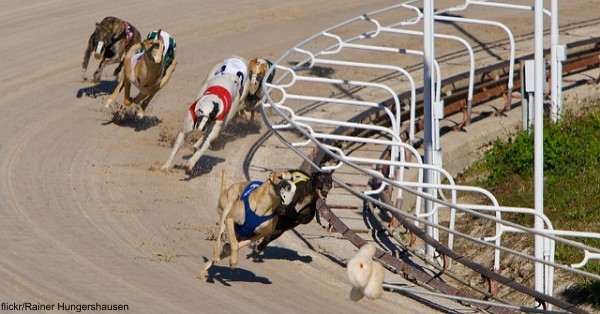 The bill also bans cities in Arizona from enacting ordinances limiting pet stores to selling only shelter and rescue animals. This means pet stores can sell animals from commercial breeders, without any concern for ethical practices.

The ban on dog racing in Arizona will make for some happy paws, but dog racing continues in many other states. And the fate of many racing dogs is grim. Once they’re forced out of racing by injury or worse, retired dogs are discarded. One of the more fortunate dogs, Magilla, was lucky enough to be adopted into a loving family. See more about her story in this video.