Are Breed-Specific Laws a Good Idea?

Did you know that some towns ban or restrict certain dog breeds? Dogs like pit bulls, German shepherds and Rottweilers are considered dangerous by some people, which leads to city officials passing breed-specific legislation (BSL).

Animal advocate groups such as the American Human Association, believe that this type of legislation does not work. This organization, in particular, says there is little evidence that BSL helps limit the amount of dog attacks and bites in a community. The American Society for the Prevention of Cruelty to Animals (ASPCA) cites a study on its website conducted by Prince George’s County in Maryland, which showed that public safety wasn’t improved because of its breed-specific dog ban.

In Missouri, a bill is being proposed that would end breed-specific discrimination, according to KSHB Action News in Kansas City. In the area, German shepherds, pit bulls and Rottweilers tend to get adopted at lesser rates.

“We get dogs out in play groups every day,” Shannon Wells of Kansas City Pet Project, told the source. “They interact with staff and volunteers, they play with each other. We can say pretty confidently they’re very social animals, but it doesn’t make a difference if the city they live in says they can’t have that breed.”

Dying Dog Is Joined By Hundreds Of People And Their Dogs To Go For Last Walk: Click “Next” below! 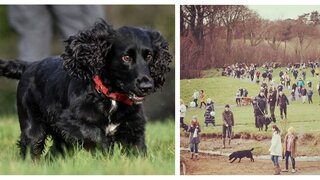 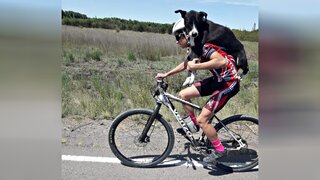