Don’t ever believe that one person can’t make a difference. After all, an anonymous tip in upstate New York just saved 7 dogs’ lives.

According to The Leader-Herald, police visited a 69-year-old woman’s residence after an anonymous caller warned that the household also included extremely neglected dogs. Some of the animals, the caller alleged, had never even been outside. 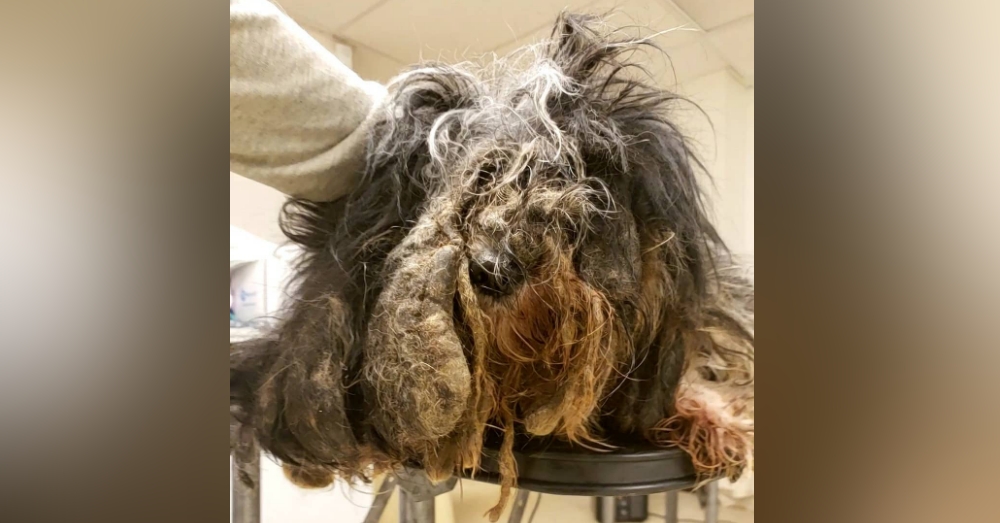 Acting quickly, officers indeed found seven Chihuahua mixes stuffed away in the attic, covered in filth, unable to walk, and covered in so much matted fur they didn’t even resemble dogs. One pup’s eyes were concealed by such a thick fringe that rescuers suspected he hadn’t been able to see for years. Another pup had macaroni noodles wedged deep into his ears, while a third dog’s ears were caught up in matted fur piled on his head. Rescuers couldn’t even determine the animals’ gender until they were finally groomed. 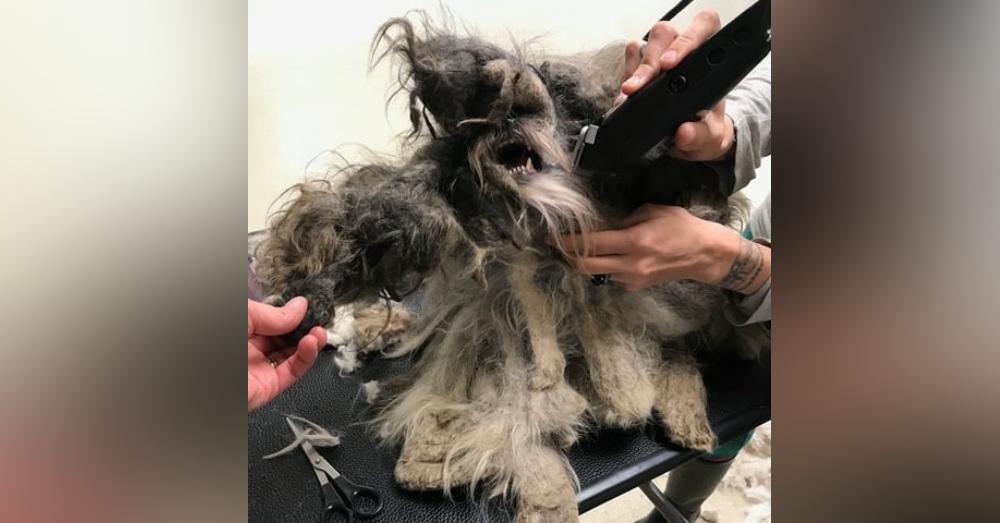 “They were the absolute worst we’ve ever seen,” said Marissa Christman, one of the rescuers working to rehabilitate these poor pups at Ayres Memorial Animal Shelter, where the dogs were transferred after being saved. “We couldn’t tell heads from tails.”

The dogs also had 3- to 4-inch long nails that prevented them from walking; one pup’s nails were so badly ingrown that two of her paws were detached. Rescuers fear this little girl – the only female in the group – will probably need to have her leg amputated. 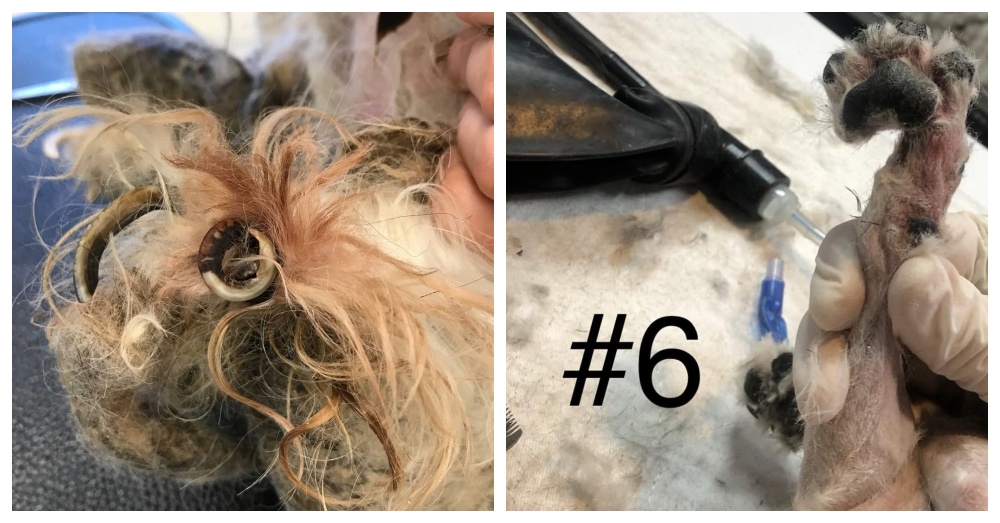 But even despite their extremely neglected state, each of the dogs has blossomed in shelter care, where rescuers — even though the shelter remains technically closed because of COVID-19 — have managed to arrange for emergency veterinarian care, and some transformative grooming.

They are “completely different dogs,” said Christman, explaining how the pups, who are clearly relishing their newfound freedom, just want to cuddle and run around.

Others are enjoying playing on the grass, which is certainly new and exciting for dogs who’ve never been allowed outside! Three of the dogs are even learning to walk on a leash. “They’re simply becoming normal dogs again,” she said. 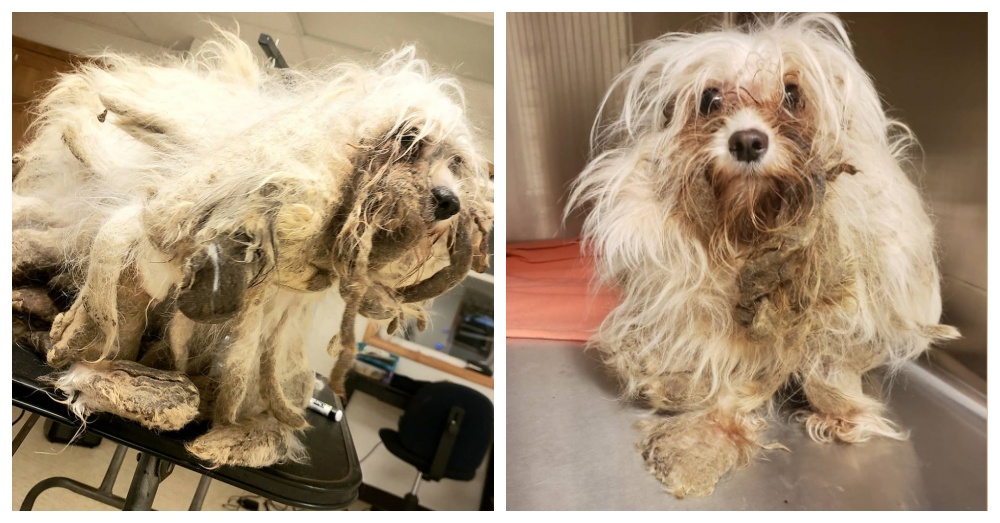 The shelter is still waiting for the courts to officially transfer custody of the dogs, although their former owner has already been charged with animal cruelty. Rescuers hope this will happen quickly, because the paperwork prevents them from conducting spay/neutering procedures, finalizing adoptions, or operating on the little girl dog with damaged paws.

In the meantime, rescuers have taken to calling these fortuitous dogs the “Lucky 7,” because some Good Samaritan noticed their clear distress and decided to help. “A simple call saved their lives,” Christman said. “They’re great dogs.”