This Rescue Cat May Look Grumpy…But After A Traumatic Life, He Is Enjoying His Fresh Start!

Benson may be known as the “angry-faced” cat, but this rescued animal is definitely happy to be where he is now. Little Things reports that Benson once had a happy home, until his owner suddenly passed away. The owner’s neighbor took him in, but one day they decided they didn’t want to take care of him anymore. Previously known as “Killer,” the unique looking animal ended up in the home of Krissy O’Connor, thanks to the family of his original owner. O’Connor is known locally as someone who takes in cats and provides foster homes for them. The cat lover had been searching for an older cat to make part of her permanent family and Benson was the perfect fit. 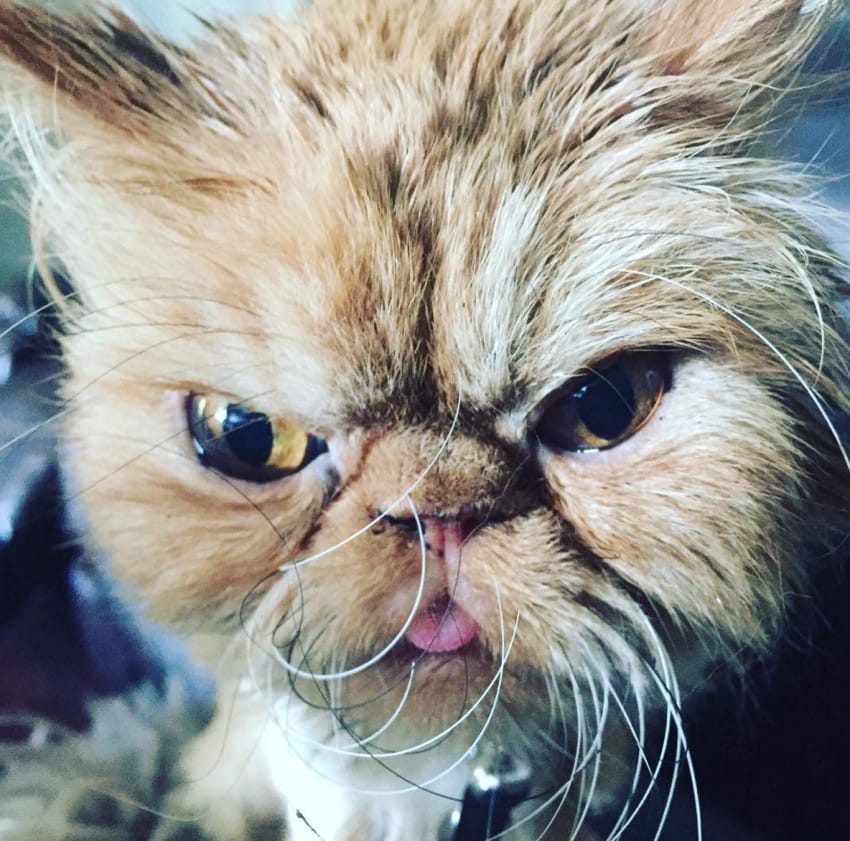 Upon arriving at O’Connor’s house, it was clear the kind of mistreatment and abuse the cat had endured.

“He was in horrible condition, actually on his deathbed,” O’Conner told the Dodo. “When I got him, he smelled of urine and was so dirty and matted. I got him shaved down as much as possible and then we realized he was half the weight he should have been. He also wouldn’t stand up all the way, even when walking, as if kept in a small space all the time.” 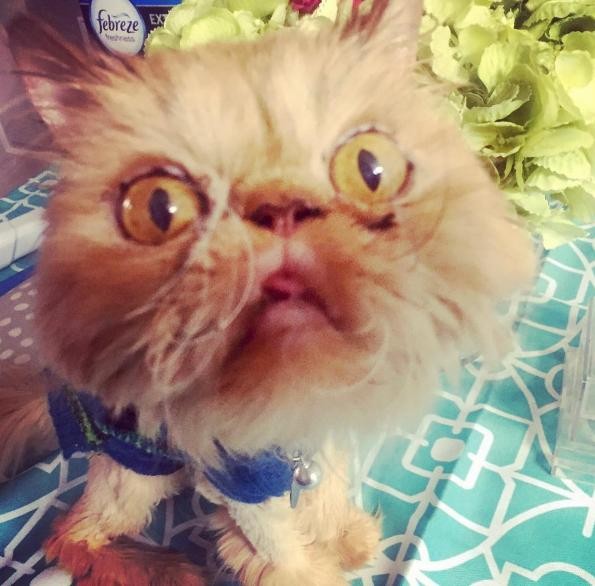 A trip to the veterinarian office uncovered a number of issues, such as matted fur, malnutrition, liver disease, eye and ear infections and urinary infections. In fact, Benson’s health was in such horrible shape that the vet told O’Connor to prepare for his death. 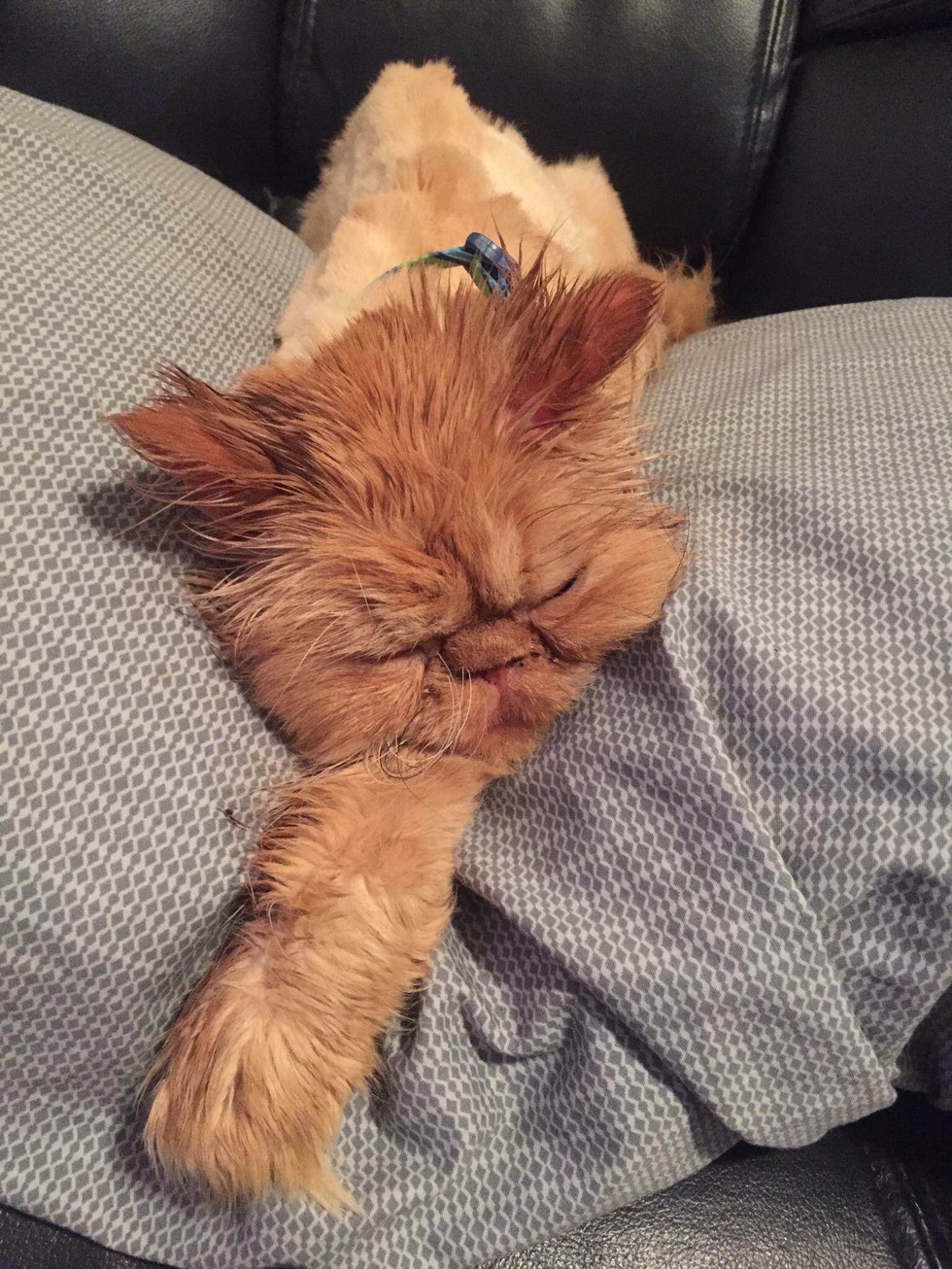 Benson shocked everyone as he began to slowly recover from all of his health problems and find his niche in the O’Connor home. These days, Benson spends his time just like any normal house cat with a lounge in the sunlight, plenty of treats and cuddles from his new owner. 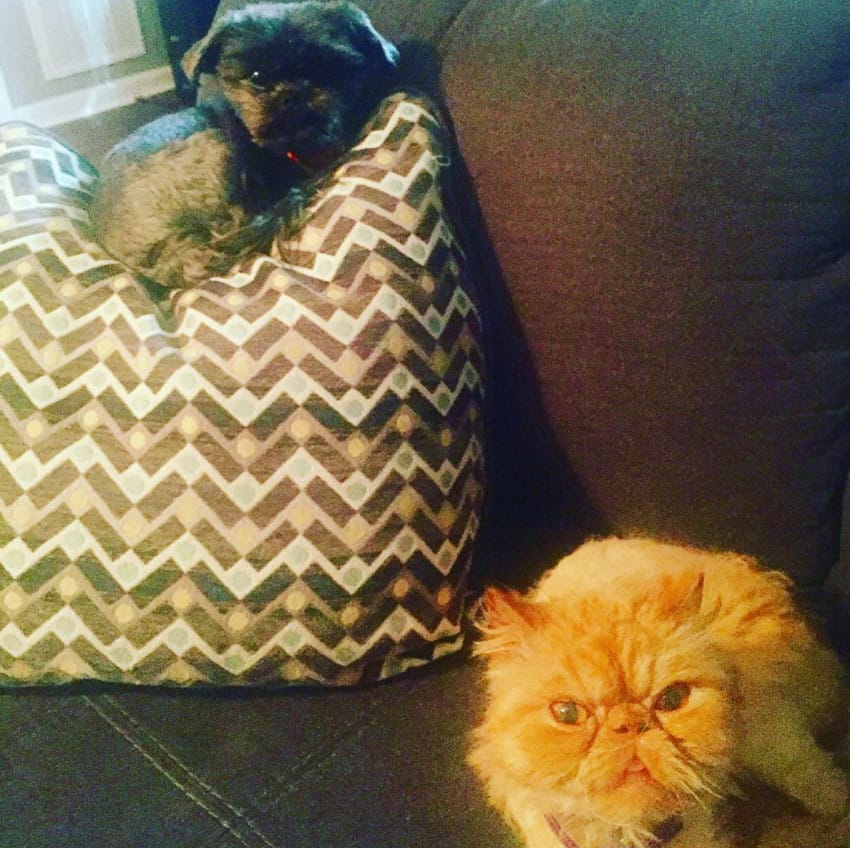 O’Connor says that despite the cat’s grumpy looking features, he is very happy in his new forever home. He refuses to leave O’Connor’s side and she says she knew from the moment she laid on the cat that they would be a perfect fit for each other. 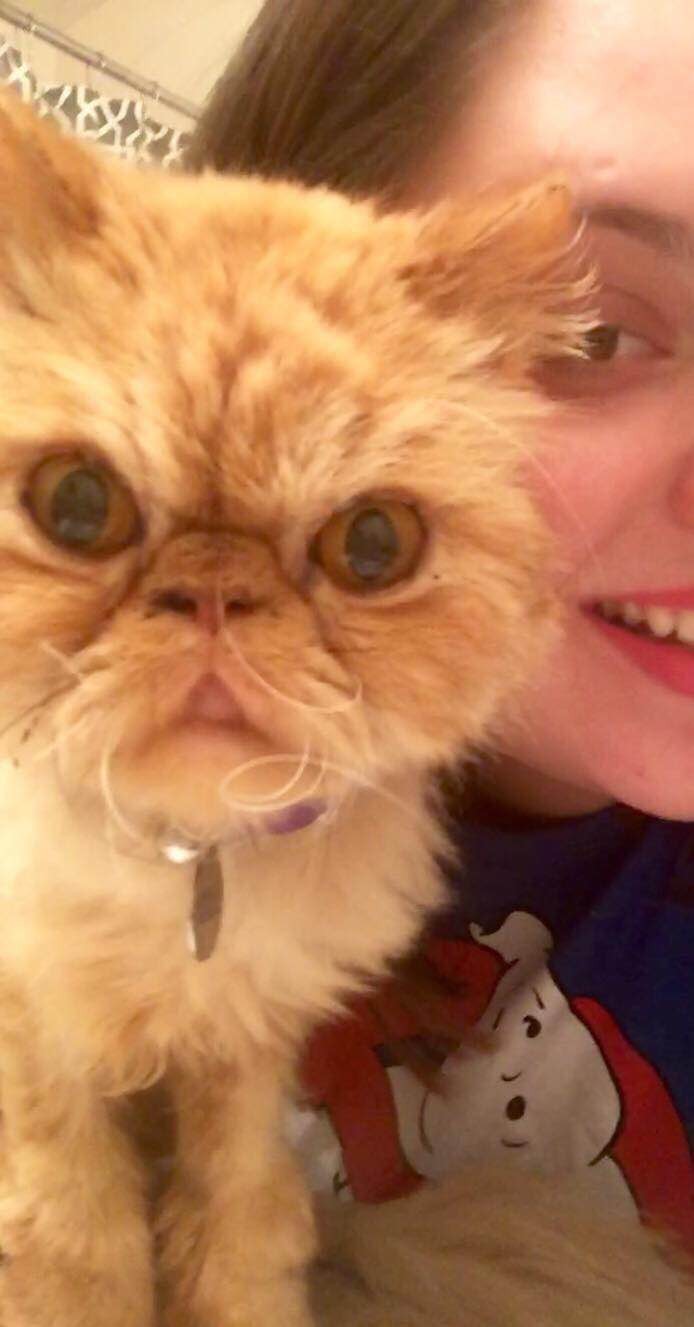