Between hurricanes, plagues of poisonous toads, and lizards falling from the sky, Floridians face a startling number of natural threats each year, even before you consider the challenges of social distancing in a state largely known for its lively beaches.

And then, there are the gators.

American alligators, Alligator mississippiensis, are some of the largest reptiles in the world. Once threatened and nearing extinction, the gators have rebounded since conservation efforts were put in place. However, humans continue to take over the gators’ natural habitat in some of Florida’s former swamps, leading to several close encounters each year. 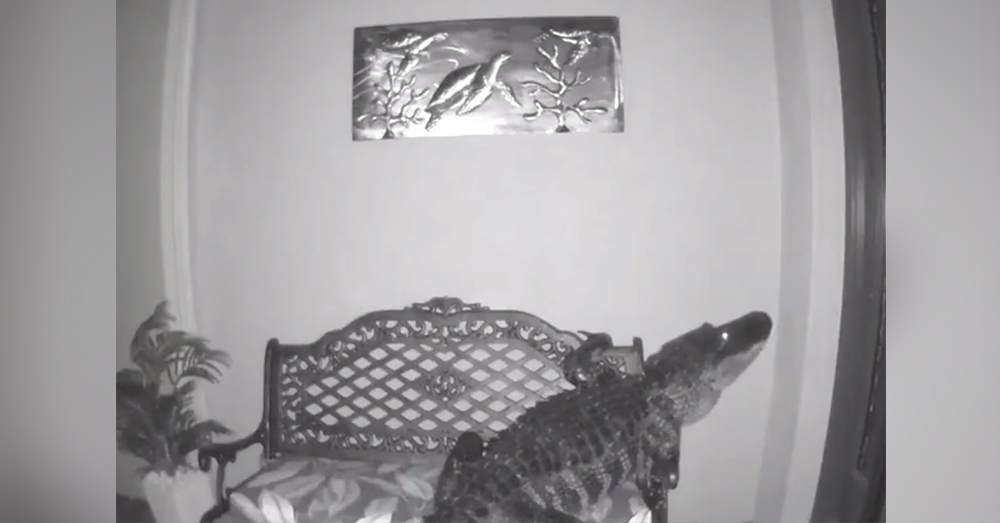 Source: Facebook/25 News KXXV
This alligator was caught on a home security camera.

One such encounter was captured on a home security camera. A hungry and curious gator is seen in the video climbing up a bench to reach the wall of a home where a sea turtle is cast in a bas relief plaque. 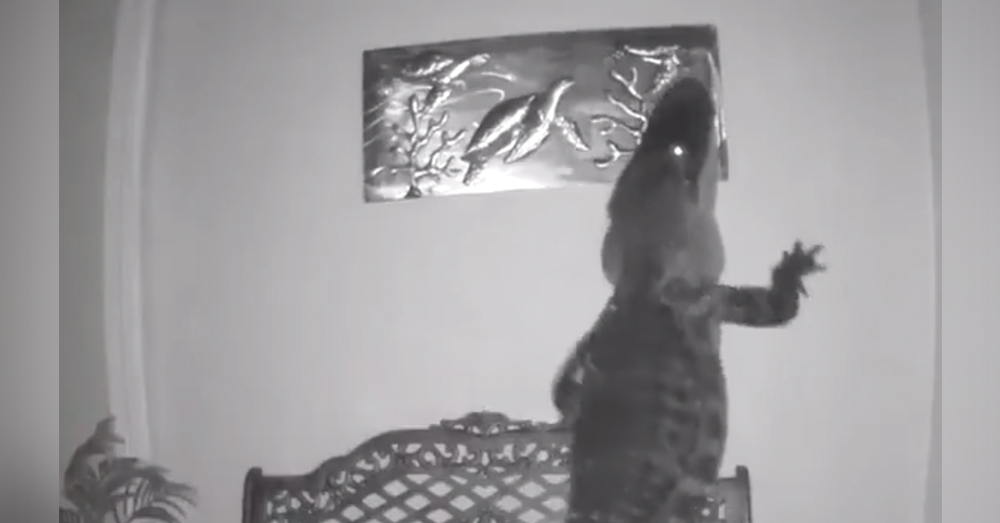 Perhaps this gator has an appreciation for fine art, or perhaps it was just hoping for a midnight snack. The homeowners may never know. By the time they awoke and reviewed the footage, the galavanting gator had gone away. 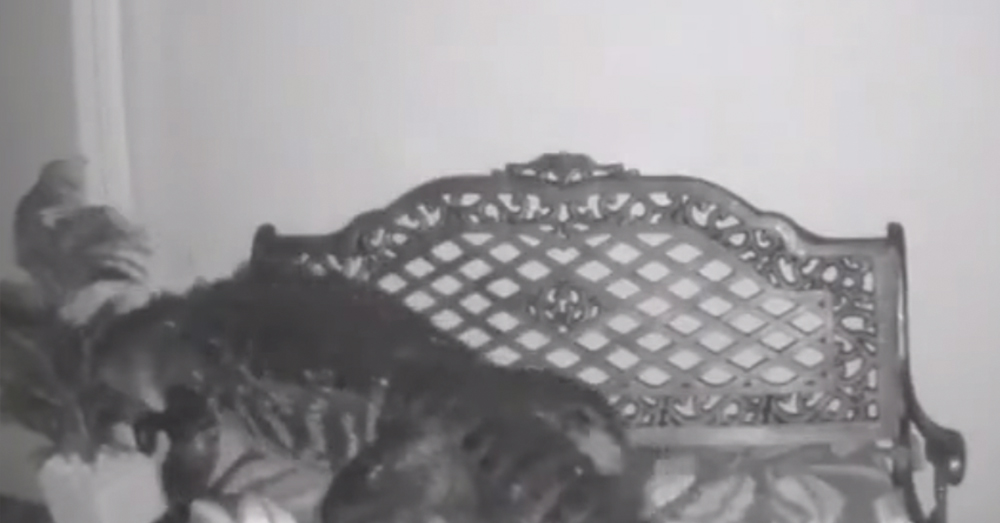 See the gator make a play for the plaque in the video below.

Man On Autism Spectrum Shares Animal Facts In Entertaining and Educational Daily Videos: Click “Next” below!