Brazilian police officers performing a routine traffic stop were shocked when they returned to the patrol car and found a dog in the driver’s seat.

One of the doors must have been left ajar and the abandoned dog seized the opportunity for help. When the officers tried to coax the dog out of the car he began to cry and became anxious. 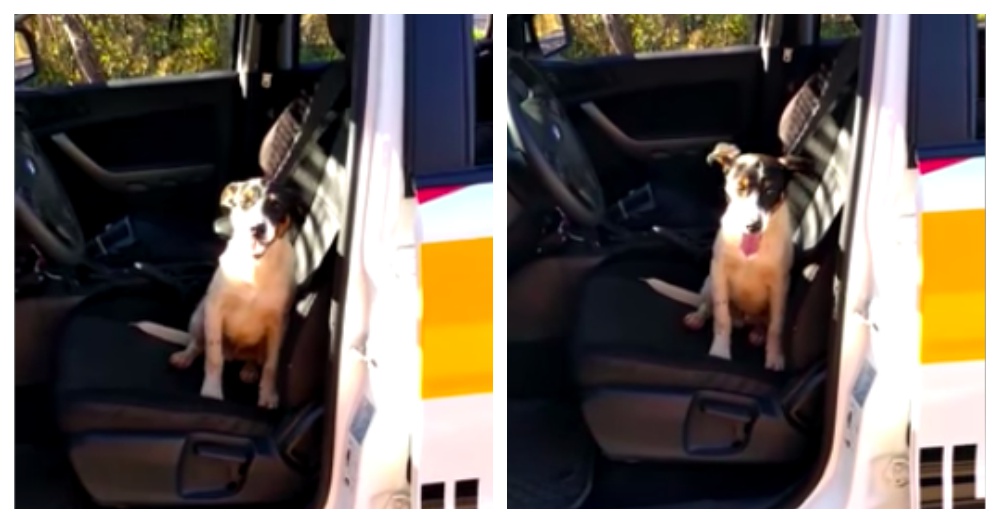 “He cried a lot and appeared to have been abandoned on the banks of the highway,” wrote Polícia Militar Rodoviária de Santa Catarina.

Afraid of being left behind again, the little dog whined and begged for help. He leaped off the seat and laid down by the pedals, refusing to leave the car. 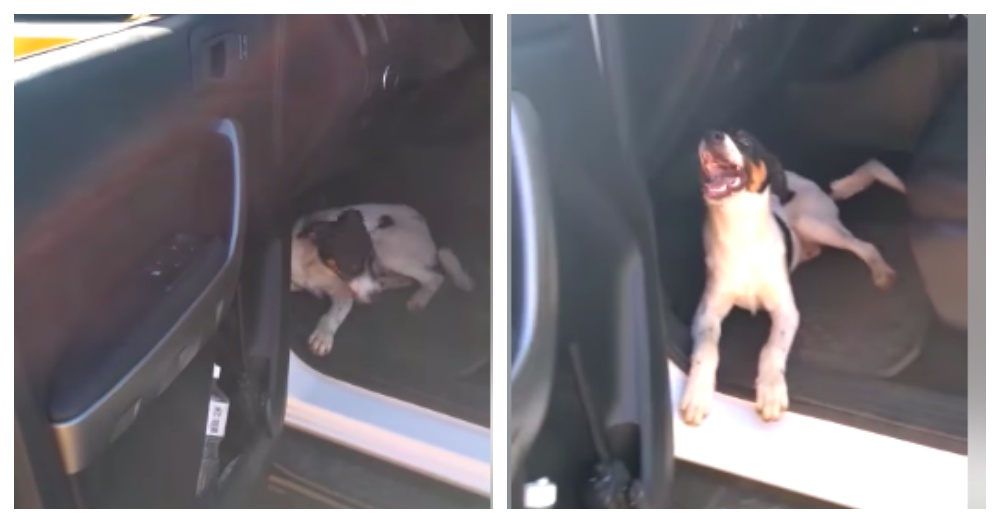 All the while, he wagged his tail and happily accepted the gentle pats from the officers. 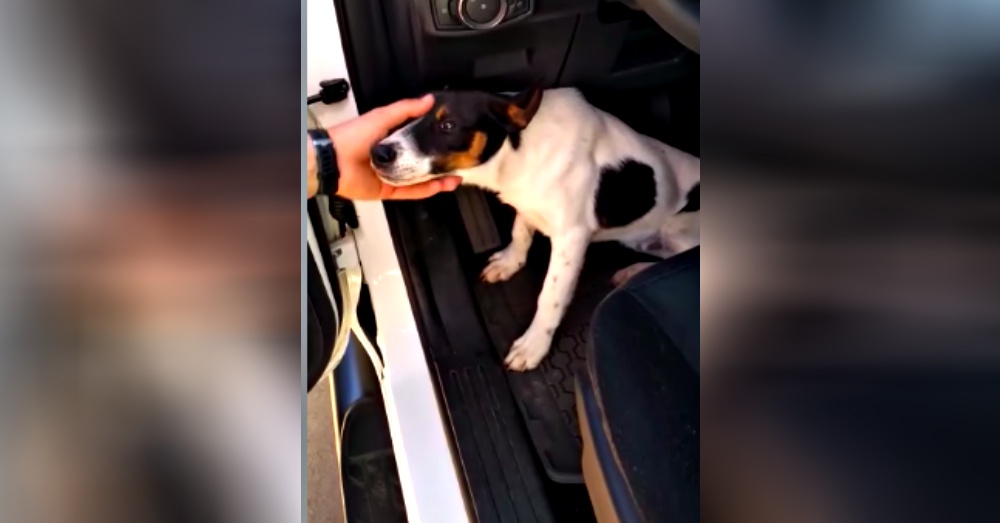 Rex went home to meet his new family and everyone was thrilled. The police department shared the rescue story on their Facebook page which has nearly 95K likes and over 13K comments of praise. 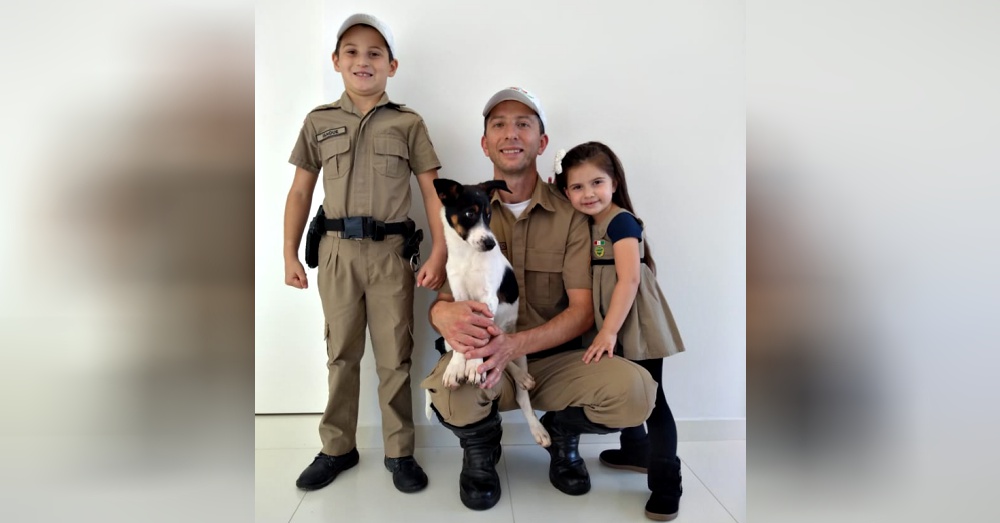 “Congratulations on everyone’s attitude, to the two cops who had a good heart to remove him from the highway and to the other cop “Maurício” for adopting Rex,” commented one follower.

Abandoning a dog is never a solution. Please contact your local shelter if you’re unable to care for your pet. They deserve to find a loving home.

Watch as Rex begs for help in the video below. Thank you to everyone involved in his rescue.