Rescued From Despicable Conditions, These Guatemalan Circus Lions Are Trying To Get Home

Lions are magnificent animals and deserve to live as nature intended – wild and free.

Five lions that were rescued from Guatemalan Circuses, are about to experience joy and freedom for the first time. The lions were rescued from the brutal circus life after a law was passed banning animals from performing in circuses. Animal Defenders International (ADI), worked relentlessly to rescue the lions and bring them to freedom.

Previously, the only life the lions knew were performing for the entertainment of humans. They were beaten into submission and kept in cramped metal cages. Never having felt grass under their paws or the space to run is a thing of the past. The lions will be treated like ‘kings and queens’ at the newly built sanctuary in South Africa. 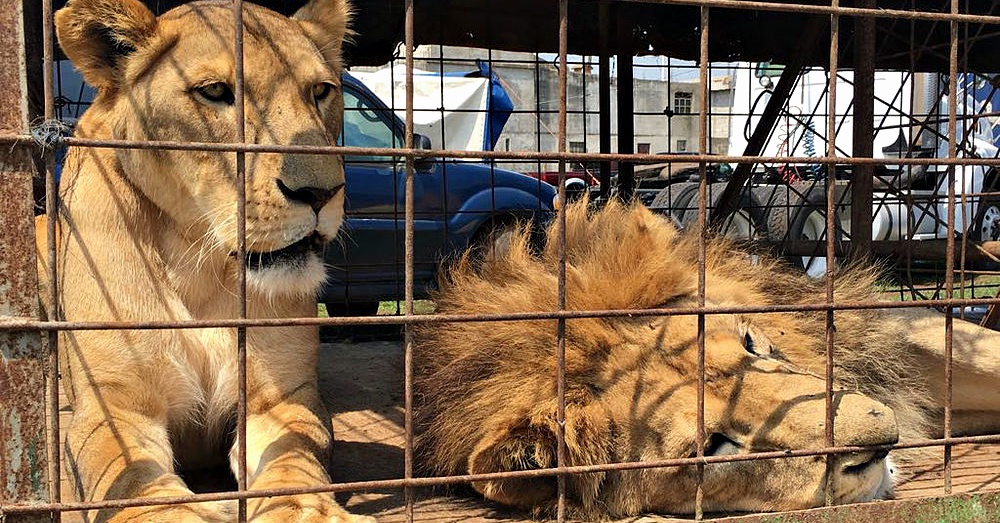 Three lions were surrendered willingly from Circo Navarro. Kimba, Nena, and Sasha were the first lions to be rescued. They were brought to a temporary shelter to enjoy moving freely for the first time. 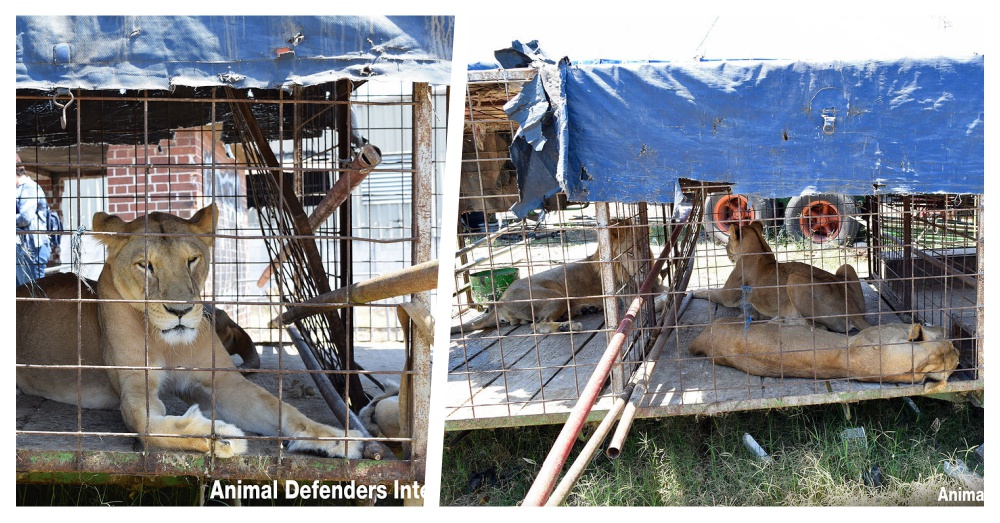 Kimba, a large male lion, wasted no time in finding items that he could play with. One of the ADI team was topping off his water with a green watering can, when Kimba suddenly grabbed the tip of it. With great delight, Kimba destroyed the watering can. His new favorite toy is a log, which he places his massive paw on as he sleeps. 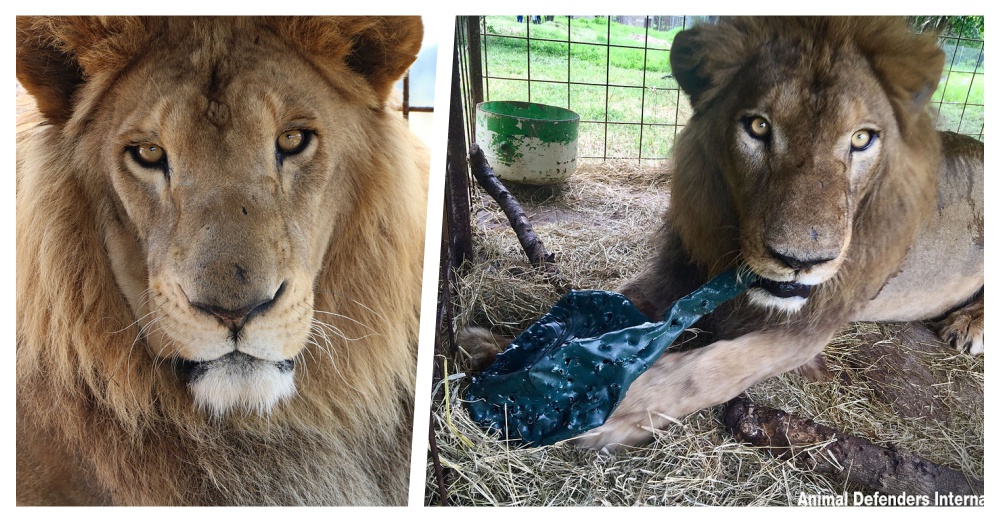 Nena, a playful lioness, was overtaken with joy when she entered the bed of hay in her new crate. She instantly found the log in her enclosure and took to tossing it in the air. 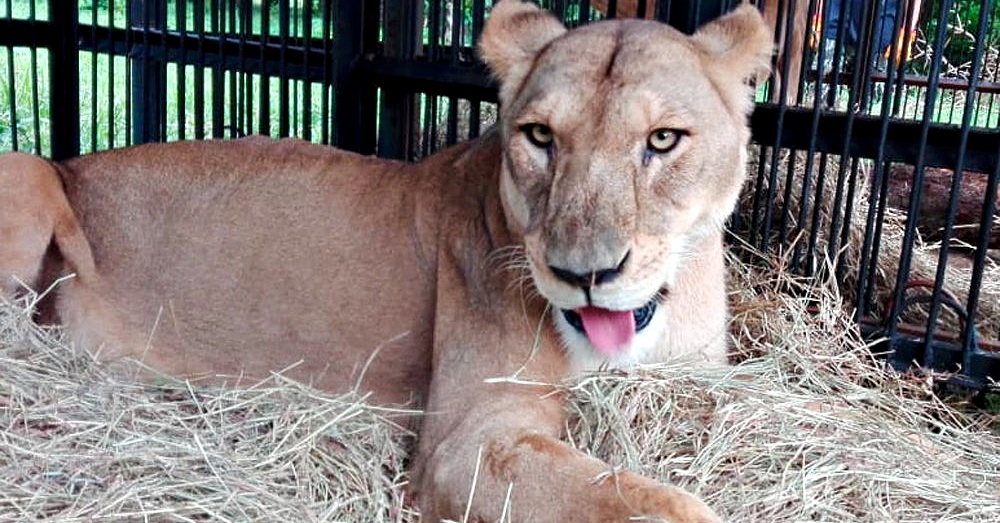 Sasha, a sweet lioness, loves to have her back scratched. Of course with a back scratcher – no fingers near the lions! She dove head first into her bed of hay and popped back up with a smile on her face. 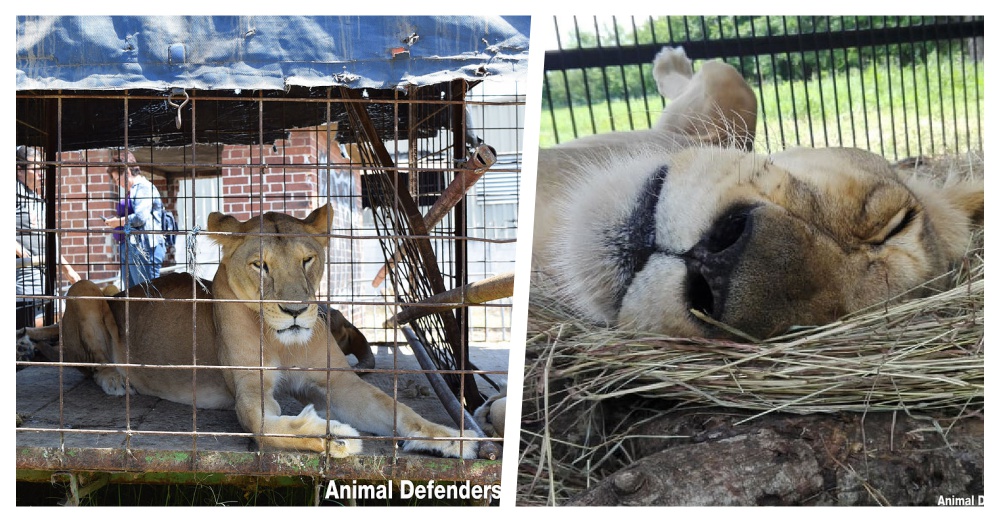 Photos: ADI
Sasha before and after rescue.

The other two lions, Tarzan and Tanya, were rescued from Circo Ponce. They were rescued from a tiny metal cage on the back of a truck. The two are bonded and absolutely adore each other. They willingly leaped into the new crate to freedom.

Tarzan had been badly abused and is missing teeth. It is said that he was in a fight with a tiger in the circus, that left him with a droopy lower lip. 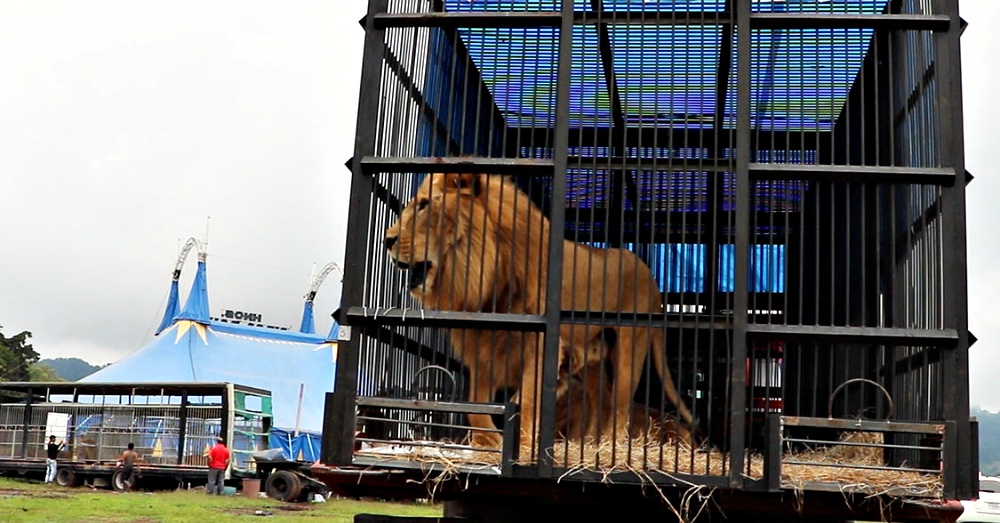 Tanya closed her eyes in delight after destroying her first water tray. Together they will live in a peaceful environment full of things to play with, or destroy for Tanya.

The five lions are at the temporary custody center in Guatemala, until their flights are funded to their forever home in a sanctuary. Once the flights are funded, all the lions will be flown to a new ADI built 455 acre, state of the art sanctuary in South Africa. 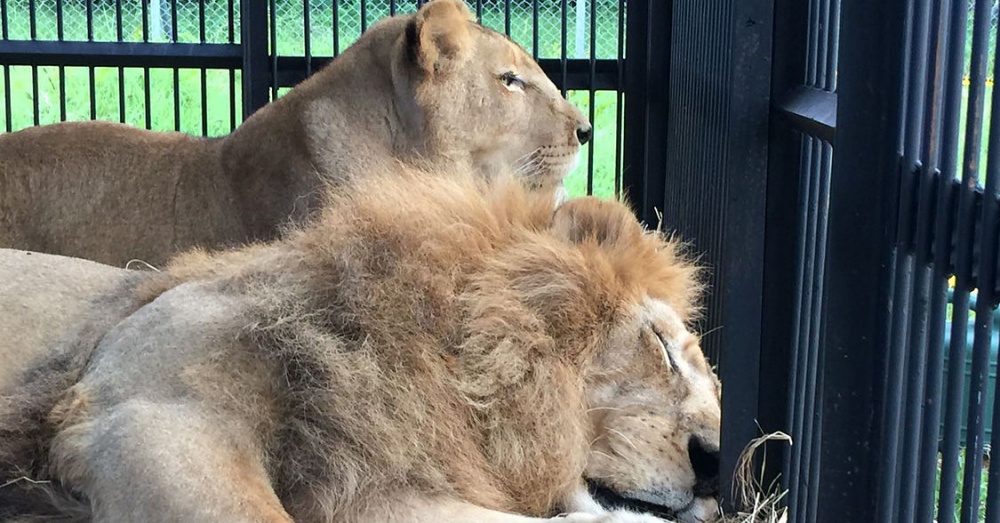 Photo: ADI
The pair after the rescue.

Greater Good is once again helping lions fly to a safe sanctuary. A couple of years ago, 33 lions needed funds to fly them from Peru to South Africa. Thanks to people like you, enough money was raised to save and send all the lions. Now, we are looking for your help again. These five lions need our help in raising money to fly them to South Africa and provide food, vet care, and bedding in the meantime.

The animals need your help! You can help rescue by shopping and purchasing items from The Animal Rescue Site that gives back to the cause. Another way is to donate directly to the cause. Together we can show these amazing animals the care and love they deserve. 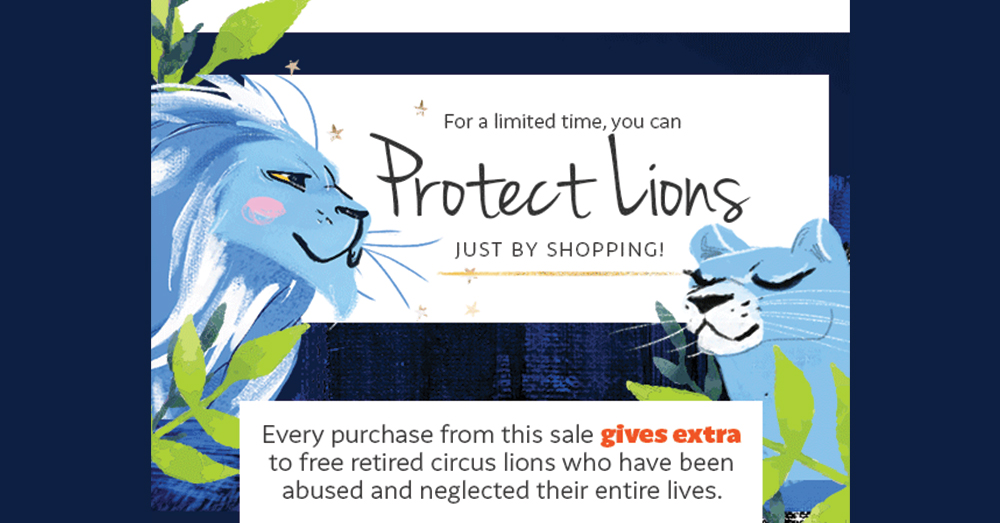 Without donations, the rescue team would not be able to care for the animals, or fly them to their forever homes. Thank you for helping these animals and showing them that humans can be gentle and loving. Together we can save them all!

Dozens Of Lions And Tigers Facing Death, Even Though A Law Was Passed To Free Them: Click “Next” below!