Star Wars Is Coming! Are YOU Swayed by the Power of the Bark Side?

Star Wars: The Force Awakens looks so awesome that people are already camped outside theaters to be the first to see the movie, which premiers December 18th. They’re having a great time with it too! Die-hard fans can be seen waiting in ticket lines dressed as their favorite characters. Don’t be left out of the fun! You too can express your love of Star Wars with our Come to the Bark Side T-Shirt or May the Horse Be With You T-Shirt. Speaking of things that are awesome, each item you buy from The Animal Rescue Site Store funds the value of at least 14 bowls of food for shelter animals in need. 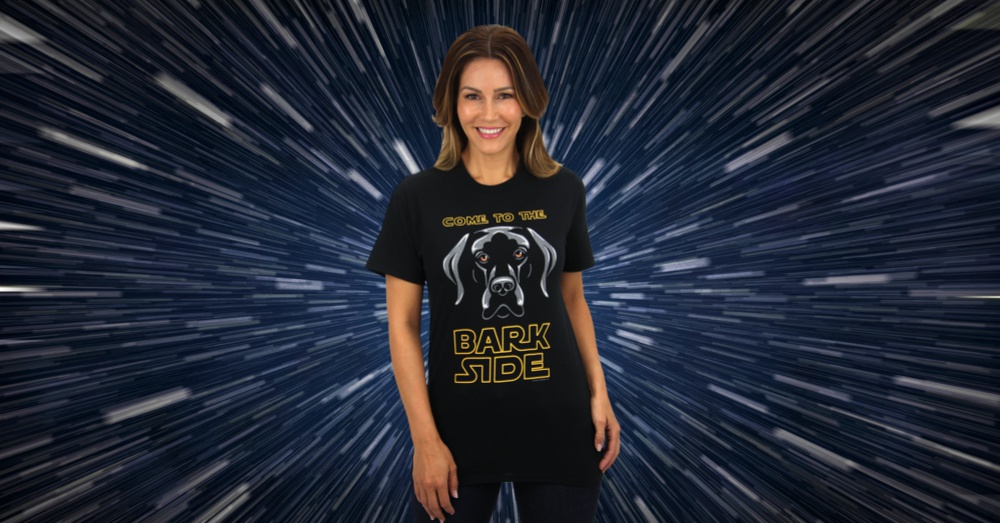 We don’t want to leave anyone out, and there is plenty of Star Wars fun to be had by everyone! Grab your closest furry-friend, sit back, relax with a cold beverage, and check out this epic lightsaber battle between two chipmunk squirrels. Your pet is sure to love as much as you will!

Fun Fact #1: The strange blue drink Luke consumes on Tatooine is blue milk, or bantha milk. We think it would taste delicious served in our Come to the Bark Side Mug! Take a look, here!
Share on Facebook
Share on Facebook

We’re nearly certain that your dog isn’t going to be shown up by a couple of squirrels. Let him join in the fun! Maybe even let him be master for a day… Jedi master, that is. Our Star Wars Yoda™ Pet Costume will ensure your pup is dressed to defend the galaxy! 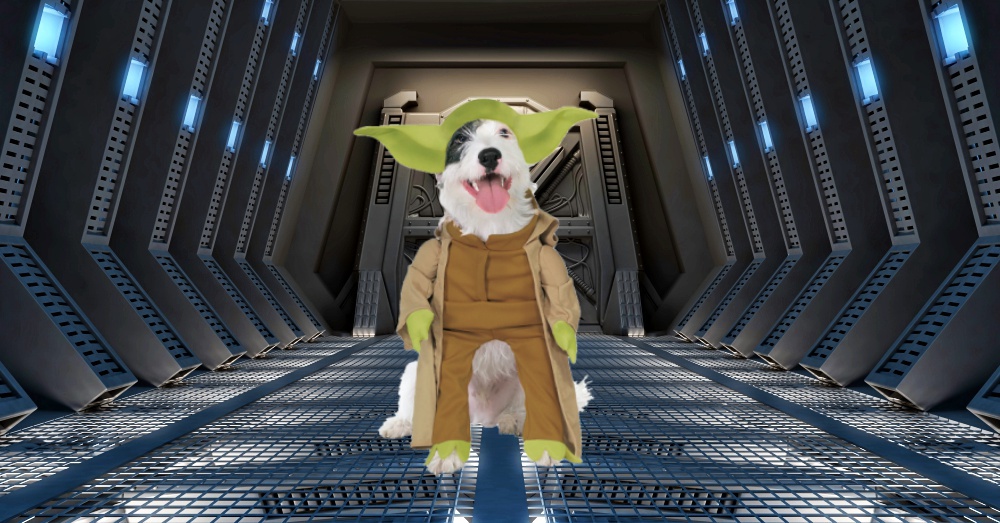 Fun Fact #2: Frank Oz provided the voice of Yoda in each film. You might recognize some of his other work. He is also the voice of Miss Piggy and Fozzie Bear!

Does Yoda not reflect your dog’s personality? Has he crossed over to the dark side? Our Star Wars Darth Vader™ Pet Costume might be a little more fitting for your pooch. 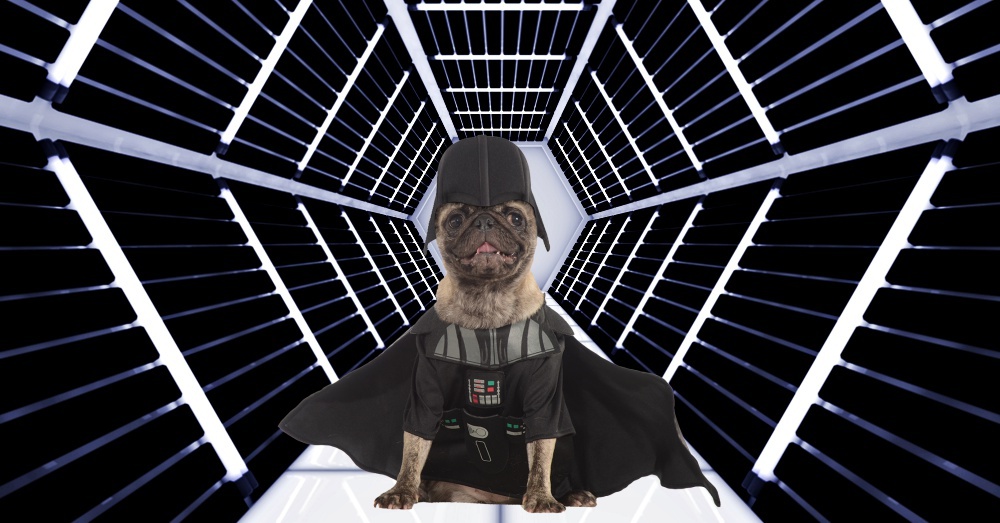 Fun Fact #3: Wookiies are from the planet Kashyyyk, pronounced Kah-SHEEK. George Lucas revealed he got his inspiration from his dog, Indiana. We know exactly what he means!

Anyone else think this dog looks like baby Chewbacca? lol

As promised, we have the official trailer for anyone who has missed it! Enjoy, and may the force be with you!

Lindsy and her ten-year-old lab, Eleanor Rigby Fitzgerald, moved to Seattle two years ago from Tucson, Arizona. They chose Seattle because they heard that's where they kept all the good coffee - plus Ella learned about grass. L. De Mello likes books, music, movies, running, and being outdoors as much as possible.
Proper greatergood_ctg_belowcontent